CAR-lover Corey Jones has customised his Camaro with a massive set of 32-inch rims. The 32-year-old, who works at Excalibur Motors in Joliet, Illinois, has been building custom cars for six years. Corey got his first car at age 17 and since then has owned over ten custom cars – but considers his green Camaro his best build to date.

He believes his car, which features rims twice as big as the standard set, has inspired his hometown of Chicago, USA to join a new car culture.

It is not an off-road car with heavy-duty suspension (s one may think at first, but a regular Chevy Camaro fitted with 32-inch rims, which comes about twice as big as a regular set of wheels. 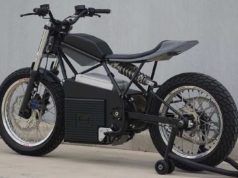