TWO YEARS of hard work has given rise to an incredible modified Volkswagen Beetle named Maria. Liam, from Great Totham, England, fell in love with the Beetle after watching The Love Bug at the age of five and since then he dreamt of having his own Herbie. 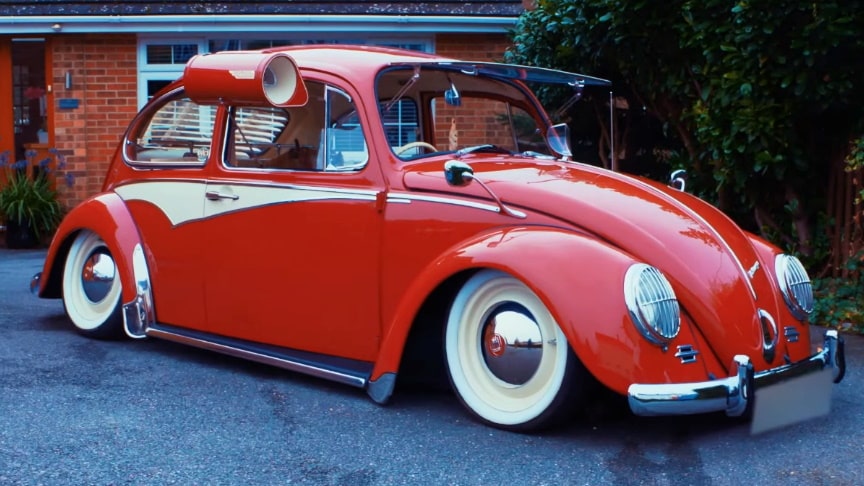 Years later, the car fanatic bought the Beetle and two years ago, with the help of an inheritance from his grandma, he started modifying the car. The car has an Air-Cooled 1493cc engine, air ride suspension, 15 inches wheels, 4-speed transmission and can reach a top speed of 80mph.

While the body of the Beetle has been modified with an extended hood, trunk and fenders, it’s the interior details that reveal why this car is so special. Liam has built his family’s history into it with custom pieces crafted as a tribute to his dad and grandpa who have passed away.

He has even named the car Maria after his grandmother. Speaking to Ridiculous Rides, Liam said: “The car means an awful lot. It’s kind of an extension of myself and a memorial to family members that I’ve lost over the years.”//Barcroft Cars