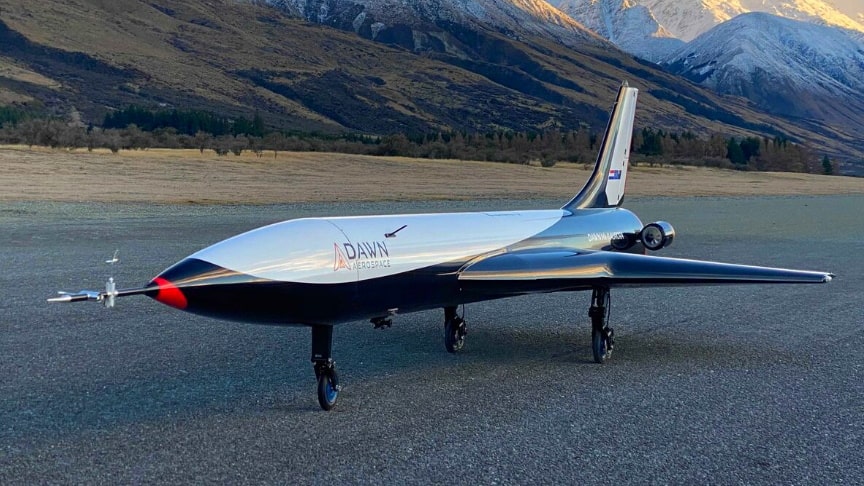 The flights were to assess the airframe and avionics of the vehicle, and were conducted using surrogate jet engines.The campaign was run from Glentanner Aerodrome in New Zealand’s South Island. Taxi testing commenced in early July and five flights occurred between the 28th and 30th of July, reaching altitudes of 3,400 feet.

Dawn is creating reusable and sustainable space technologies – suborbital and orbital rocket-powered planes – that operate much like a fleet of aircraft, taking off and landing horizontally at airports.

The Dawn Mk-II Aurora is designed for multiple flights per day to 100 km and above. Taking off and landing from standard airports, alongside normal aircraft, this vehicle merges the world of rockets and aviation. The Aurora, a sub-scale suborbital vehicle, has been built to demonstrate Dawn’s core technology for daily access to space.

It is the latest vehicle of a series that will one day deliver satellites and assets to, and return them from, space. The vehicle’s 3U payload is capable of hosting scientific experiments. The next vehicle in Dawn’s series, the Mk-III, will be based on this design, but much larger and capable of delivering 250 kg satellites to orbit./via/read more: dawnaerospace