The differential is a gear train with three drive shafts that has the property that the rotational speed of one shaft is the average of the speeds of the others, or a fixed multiple of that average.The following description of a differential applies to a traditional rear-wheel-drive car or truck with an open or limited slip differential combined with a reduction gearset using bevel gears (these are not strictly necessary; see spur-gear differential): 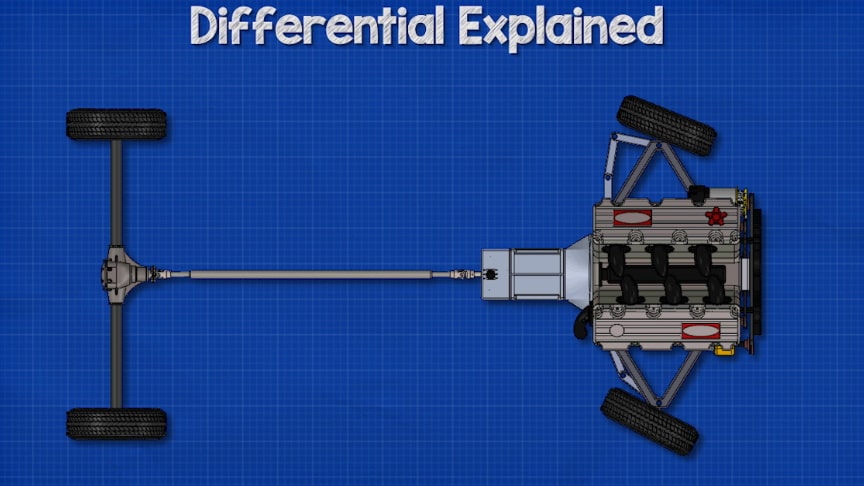 The rotation of the ring gear is always the average of the rotations of the side sun gears. This is why if the driven roadwheels are lifted clear of the ground with the engine off, and the drive shaft is held (say, leaving the transmission in gear preventing the ring gear from turning inside the differential), manually rotating one driven roadwheel causes the opposite roadwheel to rotate in the opposite direction by the same amount./wikipedia 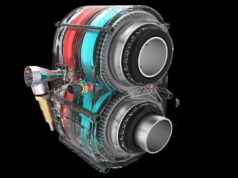 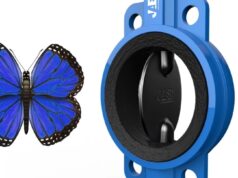 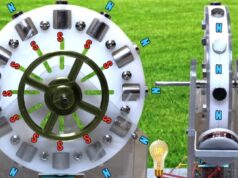