I found some 6x8x110cm oak pieces around the workshop that we used as spacers when stacking boards and beams and I thought they would make a better coffee table than spacers. They are planed down until I got them all to the same thickness and perfectly straight. for gluing I used ordinary vinyl acetate d3 glue with open work time of 15 minutes. After drying, the block is planed and cut in an ellipse shape.//lignum 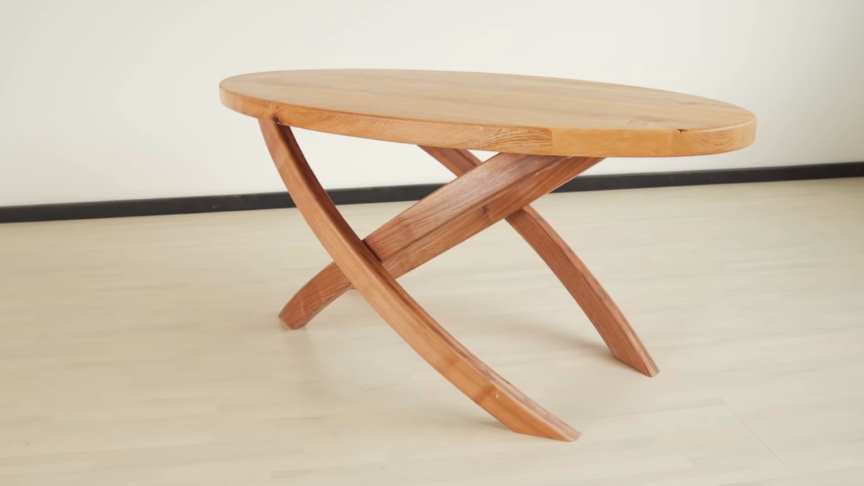 To mark an ellipse shape, I used two screws screwed into focus points of an ellipse of required dimensions and attached a string to them. then simply marked an ellipse shape by keeping the string tense with a pencil. For legs I used a thin walnut board that came as a leftover base on some wooden pallets, I used a small piece of it now and then but it was waiting for a project like this.I started by making a curved jig from small steel jig pieces I made a couple of years back.//lignum

The radius is somewhere around 90 cm, measurements for this project were more or less defined by the material I had. Walnut strips are cut to 6cm width and planed down to 8mm thickness. Walnut is quite soft and tolerates sharper bends. Same radius spruce slats would have to be milled down to less than 5mm to avoid braking. For gluing them together, I used two component melamine glue I normally use for glulam beams.

It has a long open work time of 45 minutes at room temperature so it is perfect for projects with longer clamping time.. After 8 hours in the jig, legs are cut in half and glued together with a couple of 16mm dowels as reinforcement. Ends are cut parallel to the ground and attached to the oak board with 2 screws at each end. Everything is sanded first with a belt sander, then with an orbital sander and finally by hand. To protect the surface, bring out the wood pattern and a little bit of shine, I used ordinary teak oil which I applied with a cloth..via/read more: lignum 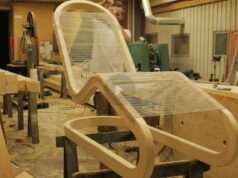 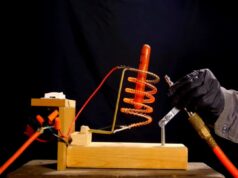 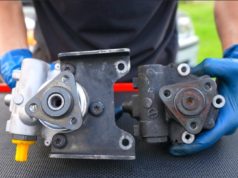 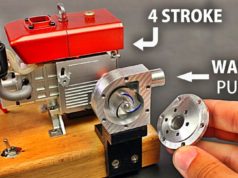 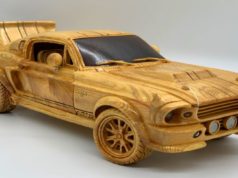 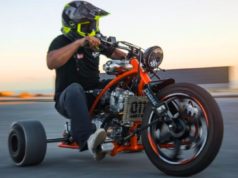