A video of making a lounger chair that I was planning to make for quite some time now. I mostly wondered if my idea was structurally strong enough to support an 100 kg adult. It turned out it is, no problem!I started by drawing a layout on two 25 mm plywood boards. On top of them I attached pieces of wood I shaped so they fit to layout. 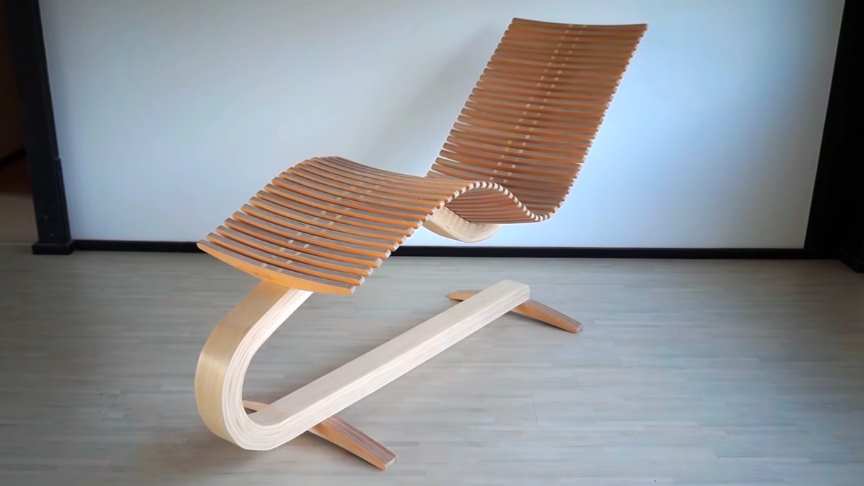 They will serve as a mold on which wood will be shaped. I used 4 mm spruce boards which I planed down to 2-3 mm. I Placed the boards on the mold and slowly heated one by one using high temperature fan to relieve tensions and soften the wood so it could be bent around the smaller arch. Boards are left to cool of to room temperature and then glue is applied to each one. They are clamped to mold and left to dry over night.via: lignum

After removing from the mold, I placed the glulam on flat table and planed until I got the thickness of 11 cm. Inner edges are rounded with round over bit. For cross slats, I used some leftover 18 mm plywood which i cut to desired shape with cnc kuka robot. Each slat is sanded and two 15 mm holes are drilled to depth of 1 cm on each one using table drill.

In these holes, wooden plugs will come later on. Left over thickness is drilled with 6 mm drill bit. Two legs are glued using three slats each. One leg is attached to the back end of base and other to the base front using screws and glue. After placing first two top slats, I placed a board next to them and legs. The board serves as a plane for positioning all other slats. After all the slats were positioned, I plugged the holes with wooden plugs so 2 mm sticks out. After drying, I removed all the excess wood with a chisel.via/read more: lignum 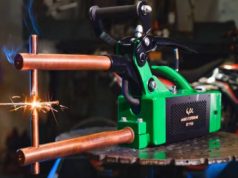 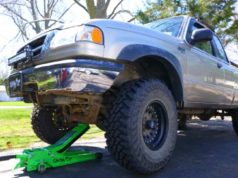 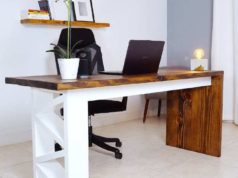 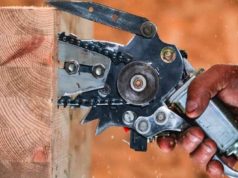 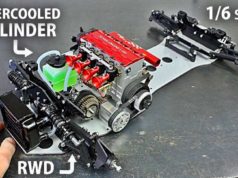 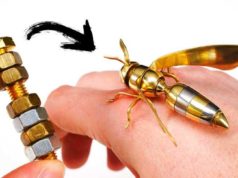 DIY Forging a WASP out of Bolt and Nuts