I decided to make a cheap canoe, so I started looking around online. I found a few plans for making plywood canoes and finally settled on the Quick Canoe 155 designed by Michael Storer. Apparently it can be built in a week, however I took a lot longer than that, likely because I spent lots of time trying to make it look pretty. 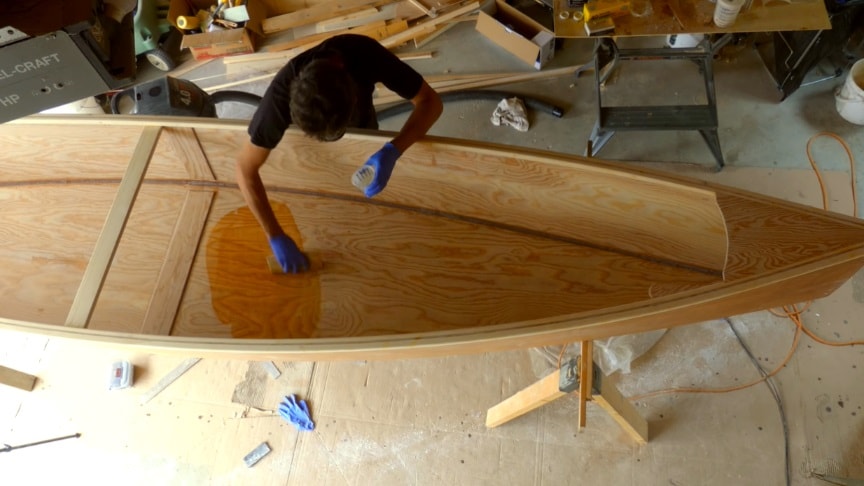 This is not a tutorial, more just a look at how I did things. A couple things to note:It is still possible to give multiple coats of epoxy even after the original coat of epoxy has fully cured, but it does mean that the first layer of epoxy will need to be sanded before recoating.via: Lost Wax

The wet on wet technique I used reduces sanding and improves surface smoothness. The wood I used in the end was Fir, which, I have been told checks easily over time, and therefore might not be the best wood choice, however it was all I could find that was actually waterproof.

It also was quite porous and soaked up a lot of epoxy when I was coating it, which would have made the final canoe a bit heavier.I’m not sure if it was clear, but the outwales get dry fitted first and then when the glue is applied (probably better to apply it to the outwale than the side of the canoe) the outwale gets screwed back into the same holes./Lost Wax