My German Shepherd April Races against my gymnast friend David and film it in high speed to see who’s faster. I set up some races and a few scenarios between April the dog and David the human and film that with the high-speed camera to reveal who’s faster and just how much faster? a dog or a human?. 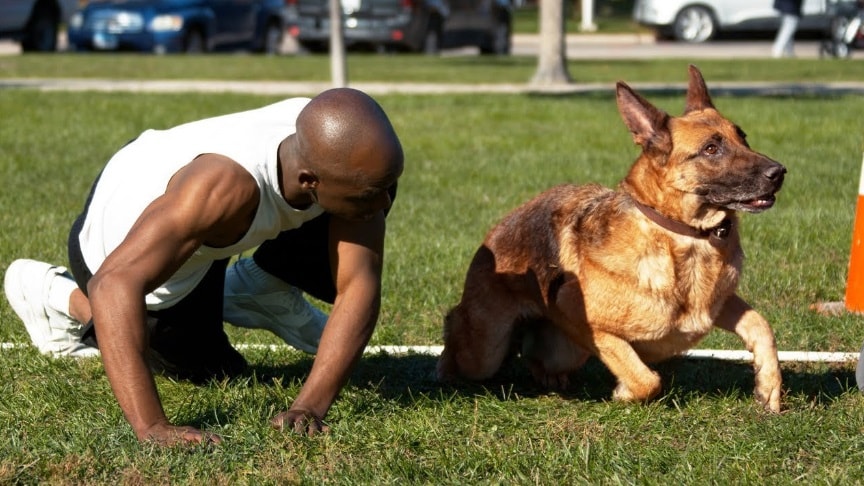 In the slow motion footage you can clearly see the difference between the two and who’s faster, as well as how their body mechanics differ and the method for getting up, transferring weight and running.

Even small dogs can outrun most humans over the range of a couple of hundred yards or so. But human beings have a much better system of getting rid of excess heat by sweating than do dogs by panting.

There is a reason dogs are used so often for defense. Unparrallelled to a human in running speed, the territorial inborn mechanism, and the hostile behavior make them very good guards.