Marine current generators use marine or tidal currents to generate electricity that is both renewable and predictable. In France, the main source of marine current energy is provided by tides. The rotation of the turbines installed in the sea drives an alternator that generates a variable electric current (dependent on the sea currents), which is transformed in a converter before being transmitted onshore and fed into the power grid. 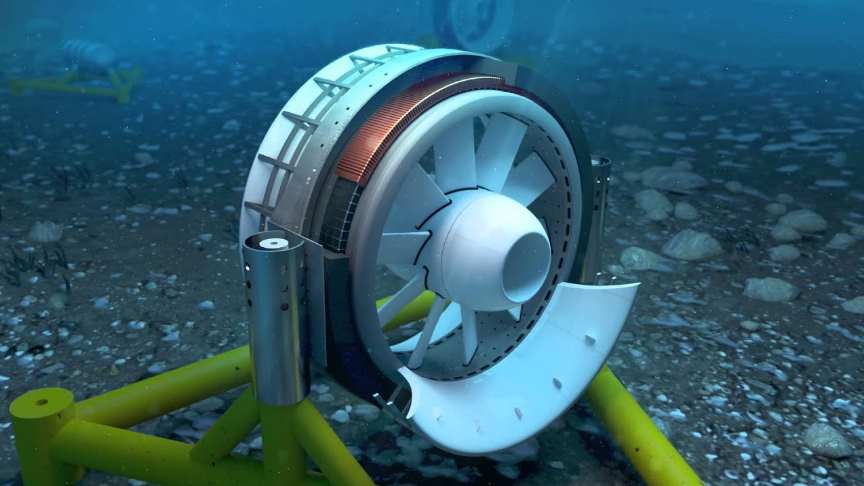 The power, expressed in kilowatts (kW), of a tidal turbine also depends on the diameter of its turbine, or its blades, and the speed of the marine current.Discover in video how a marine turbine works. In a marine turbine, electricity is generated using the power of the sea or river.

Tidal turbines comprise a turbine anchored to a bearing structure that is sufficiently heavy to be simply lowered into the sea without any additional structural work, thereby minimising the impact on the sea bed.

A tidal turbine’s operation has only minimal impact on the environment and the risks for marine fauna are very limited.The potential capacity for tidal turbines is estimated at between 2,000 and 3,000 MW in France.via/read more: edf