There is an undeniable disruption happening in air transportation, but there are problems in efficiency, practicality, and pilot skill.Founded in 2017, ElectraFly is an aviation start-up on a mission to revolutionize flight. 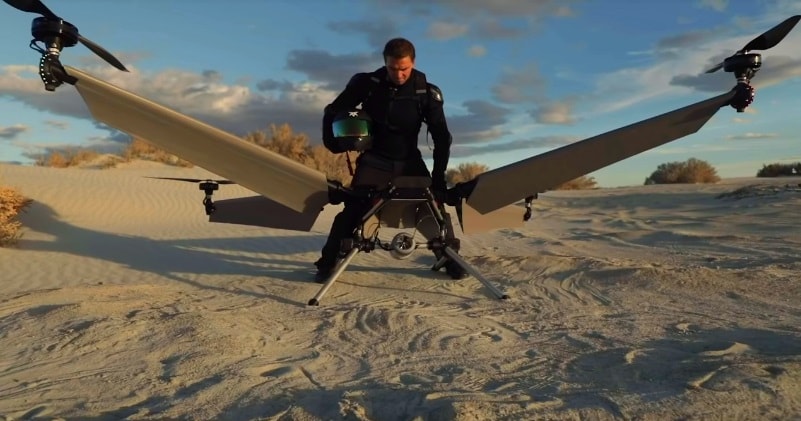 ElectraFly’s ElectraFlyer is a single person hybrid electric Vertical Take-Off and Landing (VTOL) multicopter that will be used as a hover or personal flying device.

They are limited in how far they can fly and how heavy their payloads can be. Inefficiencies exist in design, energy use, and battery size. ElectraFly hopes to change that with a prototype that is positioned between technologies like a personal jetpack and a large, helicopter-like air taxi.

The ElecraFlyer has four horizontal electrically powered propellers above the passenger’s head. They do not have enough vertical thrust to lift the 34 kg vehicle and its additional payload. It also employs a small jet turbine engine that produces 27 kgs of thrusts downward when hovering and pitches partially aft for flight mode.