Endurance was the three-masted barquentine in which Sir Ernest Shackleton and a crew of 27 men and one cat sailed for the Antarctic on the 1914–1917 Imperial Trans-Antarctic Expedition. The ship was launched in 1912 from Sandefjord in Norway. Three years later, she was crushed by pack ice and sank in the Weddell Sea off Antarctica. 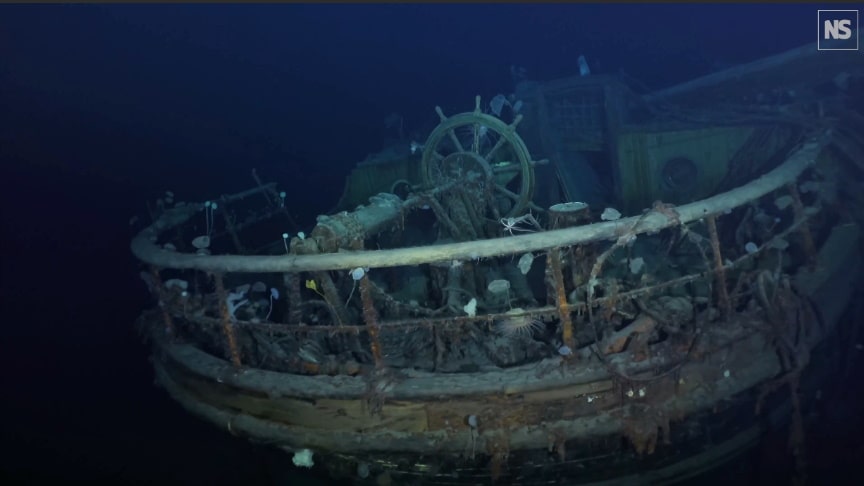 All of the crew survived, apart from the ship’s cat.Ernest Shackleton’s lost ship, Endurance, has been found after 107 years. This 4k footage shows the preserved vessel 3008 metres below the ocean surface.The ship was discovered just four miles south of the location recorded at the time by ship’s captain, Frank Worsley.Video by New Scientist:

The ship had been stranded on ice for months in 1915, before sinking, forcing Sackleton and his men to attempt a heroic escape in small boats.The wreck of Endurance was discovered on 5 March 2022,107 years after it sank (and the 100th anniversary of Shackleton’s funeral), by the search team Endurance22 organised by the Falklands Maritime Heritage Trust.

It lies 3,008 m (9,869 ft) deep, and is in good condition, with “Endurance” still visible, written across the stern. It is designated as a protected historic site and monument under the Antarctic Treaty System./wikipedia