Britain’s Tom Bagnall has always enjoyed making new things and has always been passionate about engineering. 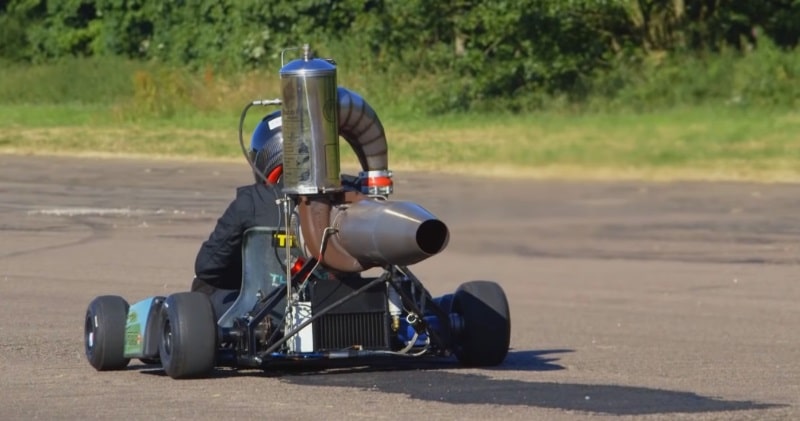 Which explains why he was keen to be the person to set the Fastest speed in a jet-propelled go-kart after joining a jet-car team as one of the pit crew.

He spent 12 months helping putting the machine together with fellow engineer Andy Morris – who designed it.And he holds the Guinness World Record for creating the world’s fastest jet–propelled go-kart after hitting a speed of 180 kilometres per hour.

Though the zippy track time appeared quite seamless, the road to the record-breaking time was not always easy.There’s been quite a few up and downs along the journey, mainly things setting on fire, blowing up or exploding – it’s all a big learni