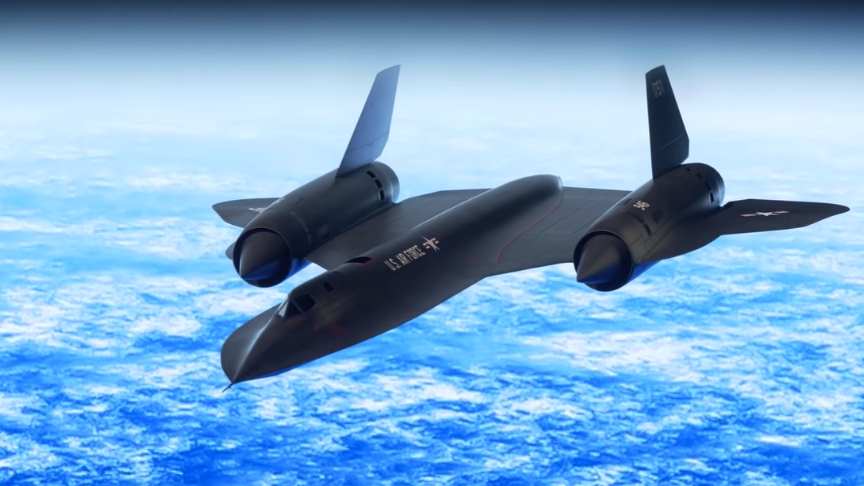 The planes could reach speeds of up to 2,200 mph or Mach 3. Not only would they reach those speeds, the planes could sustain them for over an hour at a time. The SR-71 was developed as a black project from the Lockheed A-12 reconnaissance aircraft during the 1960s by Lockheed’s Skunk Works division. Watch the video from Real Engineering for more info:

During high-speed cruise conditions, the balance of total thrust was produced by the unique design of the engine inlet and a moveable conical spike at the front of each engine nacelle.The shape of the SR-71 was based on that of the A-12, which was one of the first aircraft to be designed with a reduced radar cross-section.

At one point, a bomber variant of the aircraft was under consideration, before the program was focused solely on reconnaissance. Mission equipment for the reconnaissance role included signals intelligence sensors, a side-looking airborne radar, and a photo camera; the SR-71 was both longer and heavier than the A-12, allowing it hold more fuel as well as a two-seat cockpit.wikipedia