Concrete cannot burn and yet it can become a great threat during tunnel fires. When exposed to high temperatures, the water in the concrete begins to evaporate and pressure builds up. Empa researcher Nikolajs Toropovs shows what happens next. 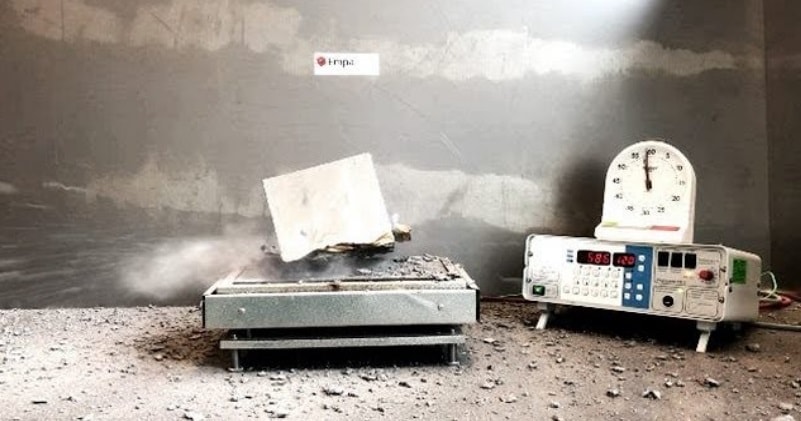 French and Swiss scientists have developed high-performance concrete and heated it to a high temperature. Using a standard camera and neutron tomography, the team of scientists then filmed the concrete.

The researchers already knew that these explosions were caused by evaporating water vapour trapped inside the concrete.The water expands as it heats up, and eventually, the pressure reaches a critical point where the structure shatters. Using the apparatus, they were able to obtain a three-dimensional image of the exploding concrete.

Using this knowledge, the researchers were able to come up with a collection of additives that could be used for preventing these explosions from happening thus making the concrete safe during high temperatures. This means that firefighters won’t have to worry about structures exploding during a fire in the future!