This is the brand new Ferrari Daytona SP3, and a very first look in person! Presented to the world during Finali Mondiali at Mugello Circuit, Italy, the second Icona model boasts an NA V12 and 60s styling. 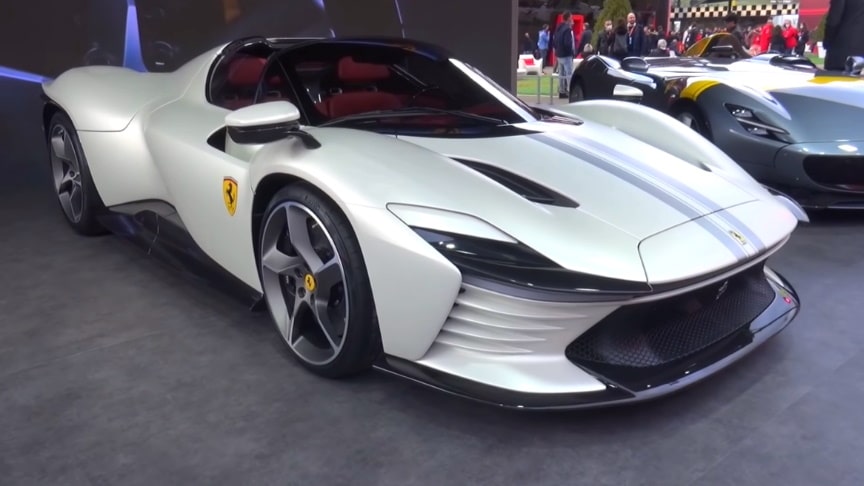 Following on from the Monza SP1 and Monza SP2, the Daytona SP3 joins Ferrari’s Icona series of special, limited edition cars that link back to models from their history. In this case the primary focus is on the 330 P3 and 330 P4, and celebrating their motorsport success with a 1-2-3 completed podium at the Daytona 24hrs in 1967.

It will be limited to just 599 units, with a price tag of €2 million including taxes, and is potentially one of the last mid engine supercars with a naturally aspirated V12 to ever exist. In this case, the 6.5l V12 is a development of that found in the 812 Competizione, making 840hp and 697Nm, and bringing a glorious soundtrack to the open driving experience.

Finali Mondiali wraps up the Ferrari Challenge season and brings together the Corse Clienti, XX Programmes, Challenge races, and in this case also the introduction of the Daytona SP3. As such, let’s take a first ever look around it in person, before also checking out another car participating in the parade laps./Shmee150