The SP1 is a single-seater, with the driver’s position situated to one side of the car.The SP1 features a low slung, carbon fibre speedster bodywork inspired by early, post-war Ferrari race cars such as the 166 MM.The cars mark the start of a new lineage of models called the “Icona” series, a program aimed at creating special cars inspired by classic Ferrari models, all to be produced in limited series. 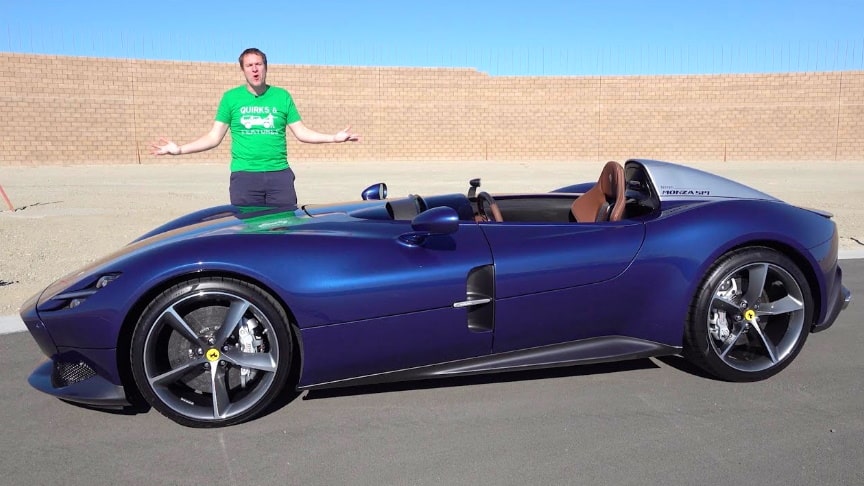 The chassis is loosely based on the 812 and both the SP1 and SP2 cars feature carbon fibre composite bodywork. The SP1 weighs 1,500 kg , while the two-seat SP2 is 20 kg heavier at 1,520 kg (3,351 lb).The strength of the composite bodywork allows for the inclusion of a large clamshell hood./wikipedia