What is the fastest thing we as the human race know of? Gav and Dan try and film that.Here sees Gavin and Dan head to the California Institute of Technology to see a camera that can shoot at 10 trillion (12 zeroes!) frames per second.The Slow Mo Guys are more than just excited with this new and amazing project. 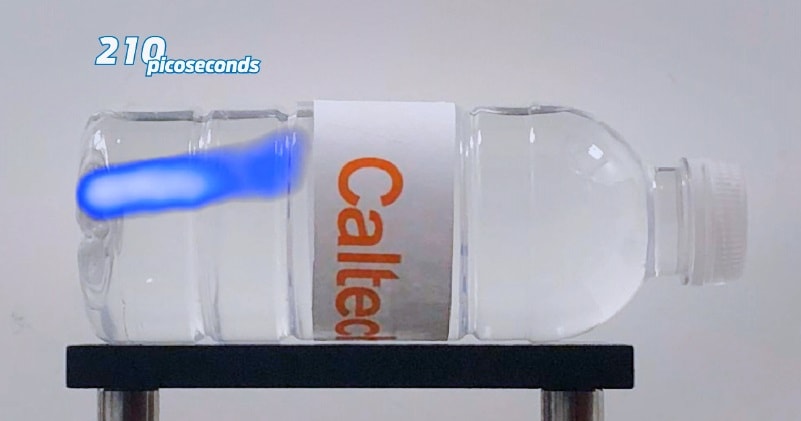 It makes total sense because being able to film the speed of light is definitely something very cool and wonderful. In the resulting footage, photons clearly streak through the bottle of water in a blue blur as the laser travels across the screen from left to right. Watch the video from The Slow Mo Guys for more info:

Water molecules helped scatter the photons in the laser beam, similar to how clouds of cosmic dust scatter the light from otherwise-invisible stars.

Light moves so quickly that the video sequences is measured in picoseconds (1/1,000,000,000,000th of a second).It’s insane to think technology has gotten to the point where we can even consider seeing this stuff, let alone actually being able to do it.