Trocadero Fixie is created by a trio of French entrepreneurs with a passion for cycling.Trocadero Fixie appears to be a conventional bike.The unique feature of the Trocadero Fixie which is not actually a fixed-gear bike, but rather a single-speed, from what I can tell, is that it has a pivot in the downtube which lets the frame become “unhinged” so that the front and rear wheels can move in different planes to one another. 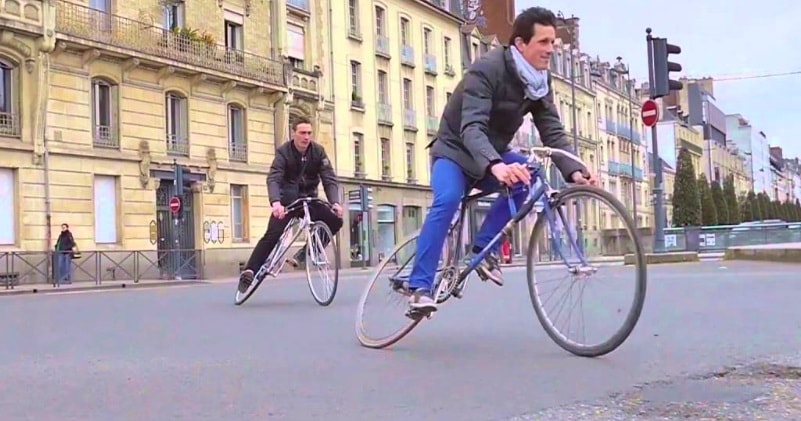 Once the pin has been pulled, the main frame of the bike is unlatched, thus allowing it to twist in a peculiar manner.The articulation of the frame does appear to give the riders a very small turning radius, as they can use their hips to turn from the back as well as the front.

The tires of Trocadero Fixie go out of alignment and the riders can manoeuvre the back wheel at completely random angles in reference with the front one.The most important aspect of Trocadero Fixie is its balance and design; even when unlocked, the bike remains quite steady.

The unique design allows the riders of Trocadero Fixie turn insanely tight corners at lower speeds. However, the manoeuvring of the bike at high speeds requires practice and technique.