The INSANE history of FLYING AIRCRAFT CARRIERS.High above the Indian ocean flies an insane new aircraft.What looked like a simple Boeing 747 is quickly revealed to be much more. Ten small parasite fighter interceptors launch from the bays and fly forward, engaging in enemy aircraft and securing the local airspace. And then like their arrival, they vanish into the middle of the ocean – starting the new age of flying carrier aircraft. 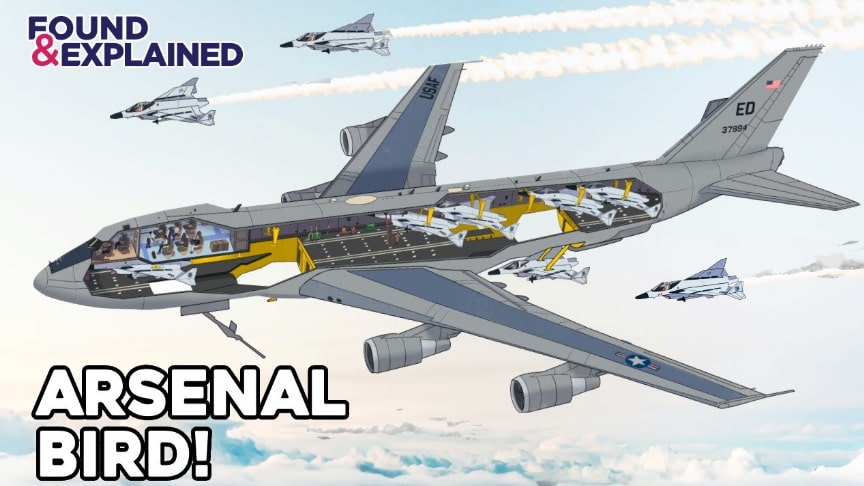 In the fall of 1973, the US government commissioned an impressive study called “INVESTIGATION OF A -MICRO-FIGHTER /AIRBORNE AIRCRAFT CARRIER CONCEPT”.Flying Aircraft carriers were not a new concept at all by the 1970s. The US military had proposed such a design before using airships and biplanes flying underneath them,such as the Macon and Akron.

They could hold up to 5 curtis F9cs each and did successfully launch and recover them,but the us navy found that weather conditions would render the airship useless – losing both airships with fatalities in such cercumstances. As airships themselves were phased out, you know, Hindenburg, the idea was abandoned. That is until the Russian’s started building flying carriers.

They converted a soviet TB-3 bomber from world war 2 into a mothership that could launch five fighter aircraft. America being America, realised that the carrier race had begun and restarted the program. hey chose the Convair b-36 as a base aircraft. As it was a powerful bomber, it would have an excellent carrying capacity to carry jets as escorts.via/read more: Found And Explained