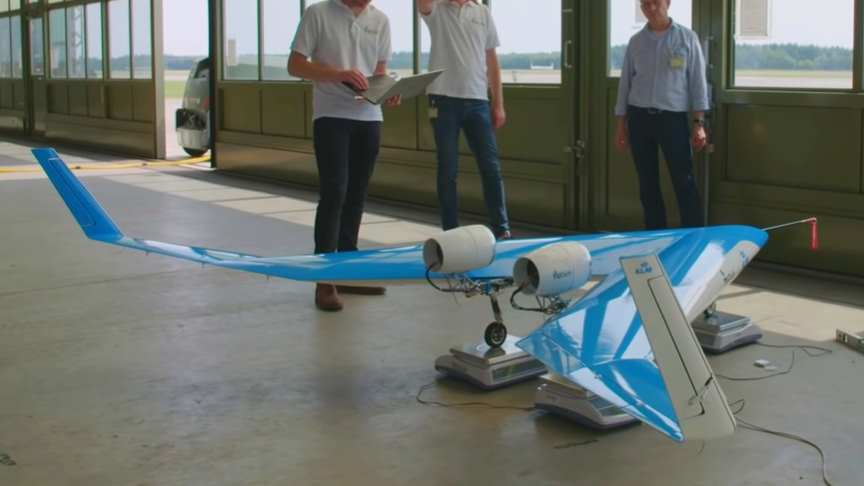 Project leader Roelof Vos and his team brought the 22.5 kg and 3 m model of the Flying-V for the flight tests to an airbase in Germany, where they could work together with a team from Airbus. Watch the video from TU Delft for more info:

The pilot’s task was to take-off, fly a number of test manoeuvres and approaches until the batteries were nearly empty and land. And he succeeded.

The Flying-V is a proposed flying wing airliner under development by researchers at Delft University of Technology in the Netherlands.The aircraft is designed to be highly energy-efficient over long distances.The passenger cabin, cargo hold and fuel tanks are integrated into the aircraft’s wing structure. Because of this unique design, the engineers claim that it will be about 20% more efficient than the Airbus A350-900./wikipedia