In 1944. Nazi Germany wasn’t in a good position. With the D-day on the western front and the Soviets pushing hard on the East the end was inevitable and they needed a miracle to win.This led to birth of many different projects, some of which we covered, some which we’ll be covering in the future, but this one was very distinctive and weird. 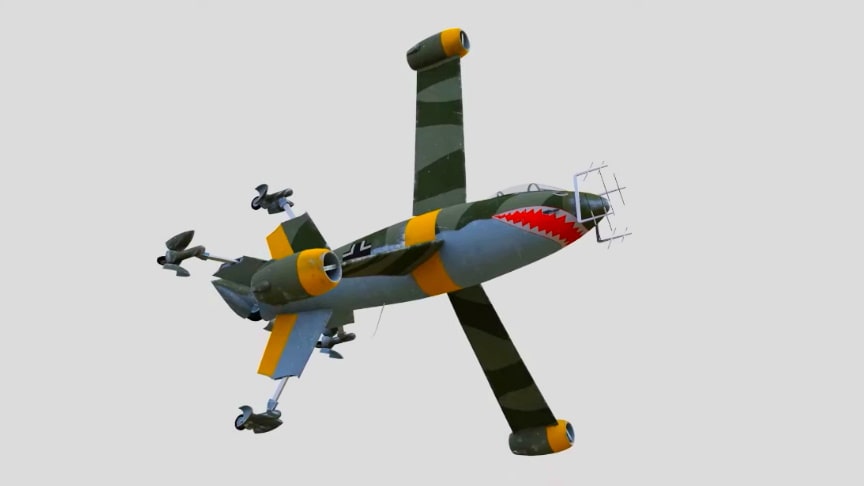 Focke wulf funded internally a new interceptor aircraft project that was to be made from cheap materials, use cheap fuel like hydrogen and could be mass produced to defend strategic areas or factories which had no runways nearby in a bid to save the German industry and turn the tide of the war.video: Found And Explained

The aircraft was to be VTOL capable, powered by 2 different propulsion groups. The main one was made out of 3 ramjet engines mounted on the tip of the propeller like wings below the cockpit. But you see, the thing with ramjets is, they don’t have air compressor like the normal jet engines.

In flight, the ring, which the propeller blade like wings with engines were mounted on, would rotate and basically a large propeller now would push the aircraft upwards and then forward.Aft section was made out of 4 tailplanes fitted with steering surfaces in the role of both ailerons and rudders.Each of the tail stabilizers had small landing gear and the main one was located in the center. It was to carry the weight of the aircraft and others were to provide stability when landing./via/read more:Found And Explained