F650 Pickups is a vehicle modifier and automotive distributor of mainly custom made Ford F-650 super trucks and XUVs.The Ford F-650 is a super truck — and it’s crazy. 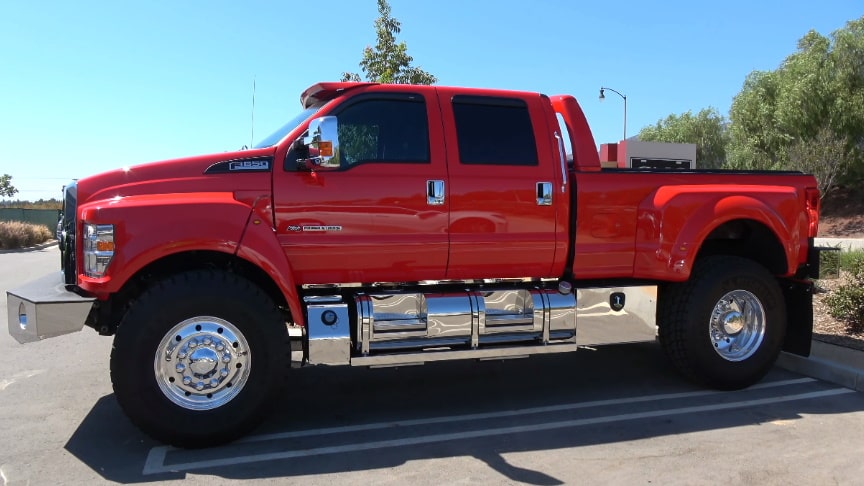 The cabin is just as high as the cab of a large semi-truck and the vehicle is so massive that it hardly makes any sense to have for personal use.

The F650 is powered by a 6.7L V8 with 330 HP and 750 pound-feet of torque. To feed that colossal powertrain, this truck has two fuel tanks.The interior of this truck isn’t really that exciting, considering it is mostly a regular F-series super-duty truck cab./Doug DeMuro