WHEN Phil, from Newbury, England decided that he wanted to convert a Ford Fiesta into a drag racer he was called a ‘fool’ by his friends for even entertaining the idea. 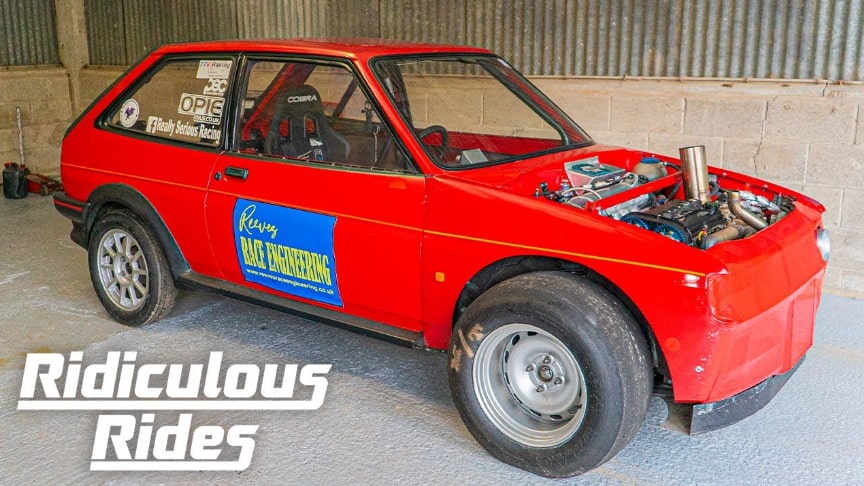 However, he was undeterred by the doubters and began altering his dinky little ride into a mighty machine. He purchased the car at a bargain price of just $340 and when he started cutting up and recreating the vehicle he got a few raised eyebrows from some Ford Fiesta purists.

Naming the car ‘Big Pig’, after a scene from the film Babe, the little car is now a force to be reckoned with on the race track and can reach a phenomenal top speed of 159.7MPH.

Phil’s Ford is a front wheel drive and his interest in science has allowed him to make some pretty nifty modifications that make it ride like greased lightning on the race track.His Fiesta is now one of the fastest cars in the UK and other drag racers get a little bit worried when he turns up to tracks with his souped up ride./Barcroft Cars