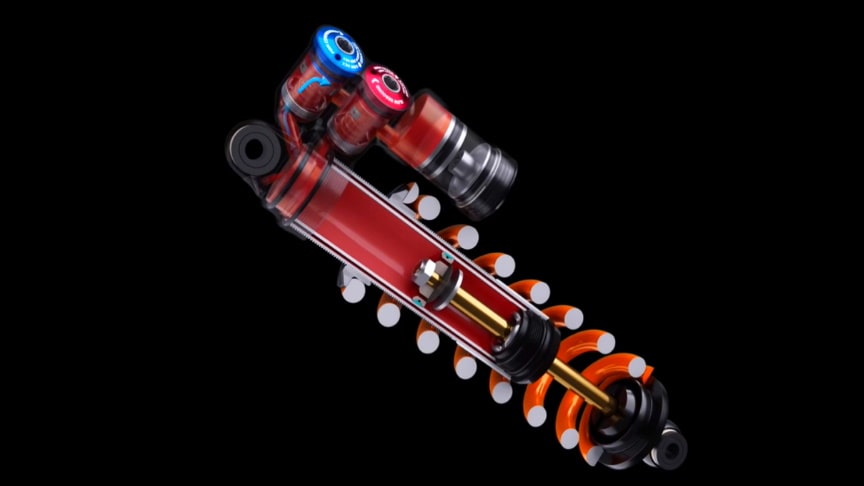 FOX’s DHX2 and FLOAT X2 shocks utilizes the same technology used by athletes in the FOX Racing Applications Development (RAD) program to win the 2014 Men’s and Women’s Downhill World Cup Series and World Championships as well as five World Cup victories in 2015 to date (Gwin 2, R. Atherton 2, Minnaar 1). With coil spring and air spring models available in numerous sizes, there’s an X2 shock for every downhill and enduro bike out there.

Combining ultra-plush coil-like comfort and incredible damping prowess with the light weight of an air spring and an unmatched level of tunability, the Float X2 brings new levels of control and performance to every terrain imaginable.

The DHX2 and Float X2 shocks have external high and low speed rebound and compression adjustments, as well as a new rod valve system (RVS).The RVS system, which is basically a secondary, smaller shim stack that’s on top of each spring-loaded valve, is able to ease the transition between the valve opening and closing when the shock switches between low- and high-speed shaft velocities, and it’s said that this helps to keep the bike’s tires stuck on the ground to improve traction./ridefox