This a solar powered stirling engine that uses a fresnel lens to concantrate the sun and produce power. Unfortunately the lens is sosmall that it can’t produce any useful amounts of electricity, so it’s just for demonstrating purposes. 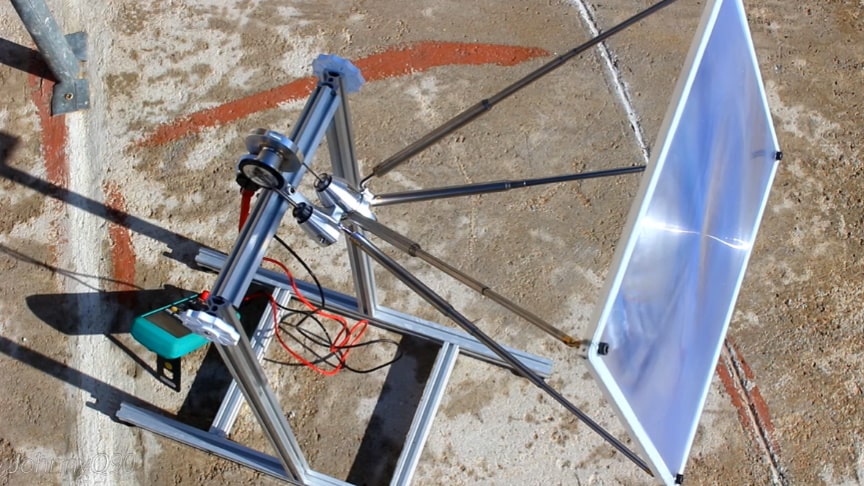 The concept of using an external combustion engine to convert solar power into mechanical or electrical power is particularly elegant since it runs on a heat differential and therefore does not depend on a specific kind of fuel./JohnnyQ90

A Stirling engine uses the heated fluid to move pistons and create mechanical power. The mechanical work, in the form of the rotation of the engine’s crankshaft, drives a generator and produces electrical power.

An electrical generator is directly coupled to the Stirling motor shaft, which converts the mechanical energy into the desired AC electrical energy and as such is a system in which temperature differences plays a significant factor.JohnnyQ90