Bugatti makes some of the fastest and most luxurious cars in the world we already knew. This futuristic Bugatti Hyper Truck concept, features eight wheels to support heavy loads. 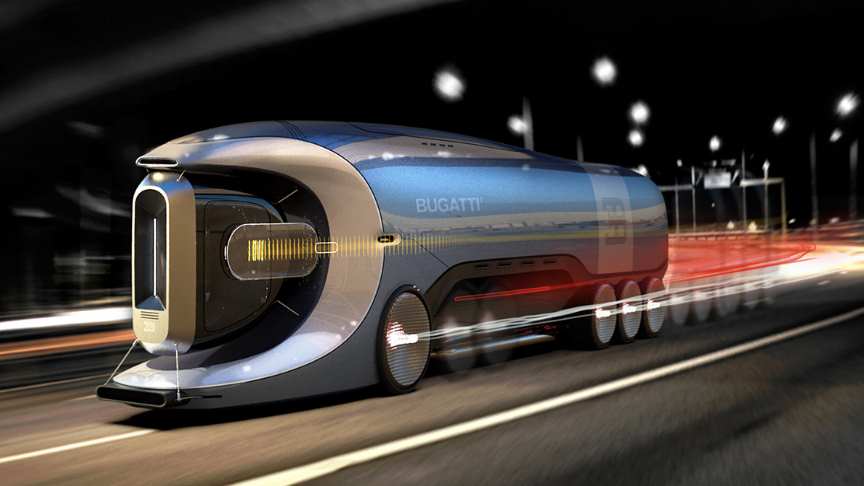 The Bugatti Hyper Truck concept created by designer Prathyush Devadas of Chinese auto firm Dongfeng, must be the fastest truck in the world. 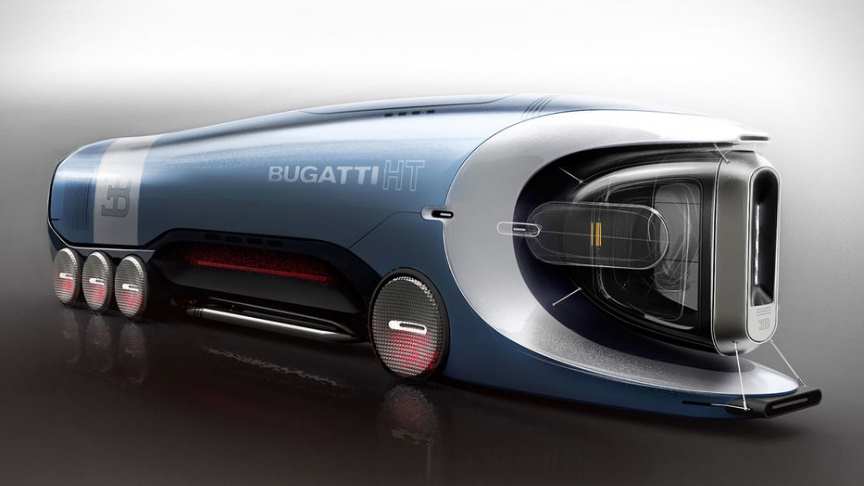 The elegant design adopts the brand’s “C” line on the front, with the driver’s cabin suspended from the inside.Prathyush Devadas didn’t provide any written details, but the Hyper Truck appears to ride on eight massive studded rims with ultra-low profile tires.

The Hyper Truck here comes in the form of a single, sinuous, elongated body that connects directly with a suspended cockpit for a single driver. It sits on eight wheels, with two up front, and six at the rear to support the full weight of the cargo. 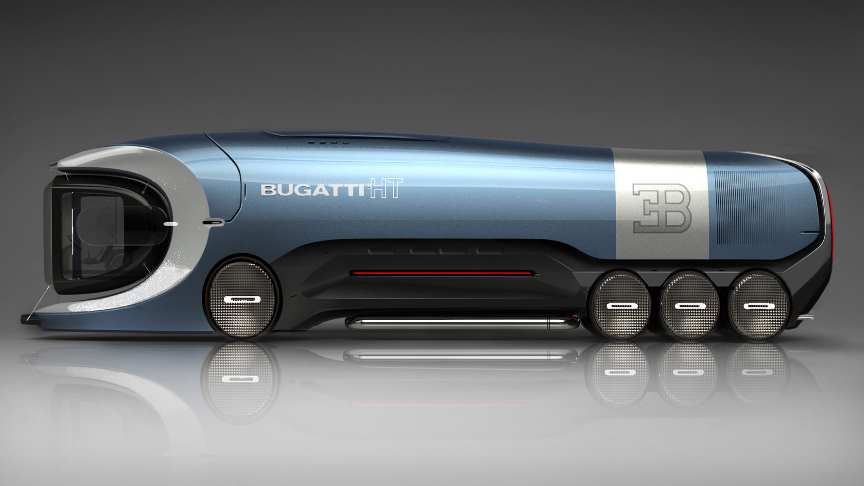 The commitment of a single bowl that combines the cockpit and trailer is questionable, but there’s no chance that this eight-wheeled concept will ever go into production.