A typical gasoline station has a storage capacity of 30,000 to 40,000 gallons in underground tanks. In the past, these tanks were sometimes subject to spills from overfilling and to leaks caused by corrosion. Today, station owners have taken several important steps to reduce these risks.When the underground storage tanks need refilling the connections to the fill pipes are located in sealed spill buckets which direct any fuel spilled straight intothe tank but that’s just the beginning of the safety story the rest is literally below the surface as an added measure of safety. 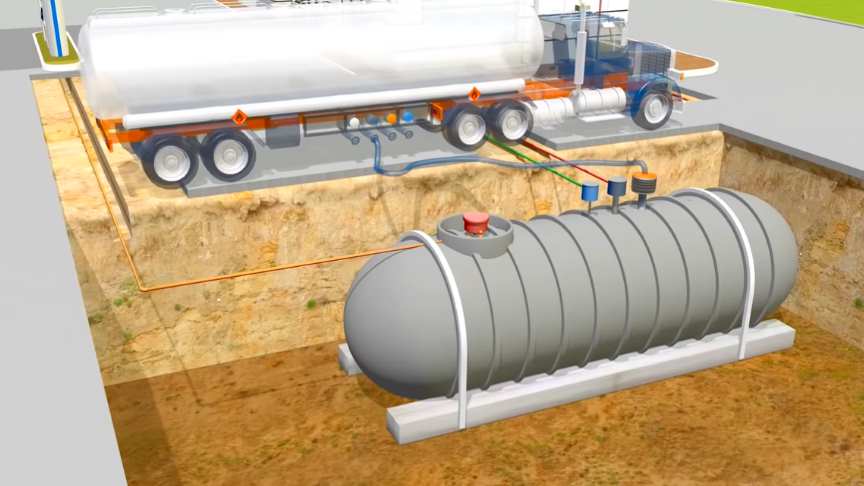 Today’s underground tanks feature a variety of overfill prevention technologies a flapper valve automatically cuts off the flow of fuel into the tank while a ball float in the vent pipe prevents vapor from escaping the pressure of vapor within the tank then prevents additional fuel from entering a float sensor alerts the operator if fuel reaches the target level once fuel is in the tank it’s important to make sure it stays secure until it’s dispensed. 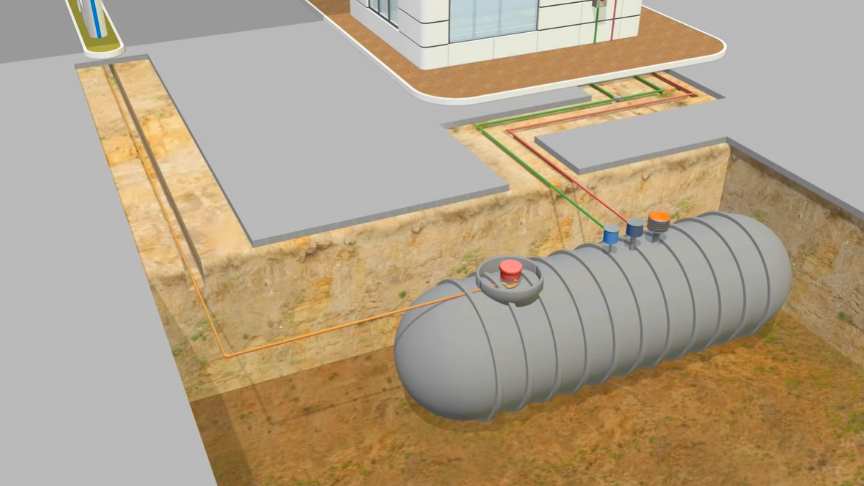 That’s why leak prevention is another essential part of the safety story thanks to a nationwide upgrade campaign the vast majority of underground storage tanks and pipes feature corrosion resistant coatings or they’re made entirely of resistant materials like fiberglass when uncoated steel tanks are used cathodic corrosion prevention systems are required corrosion or rust is caused when moisture in the soil draws off electrons from iron molecules in the steel applying a slight electrical current.

Basically a stream of free electrons helps keep the iron molecules intact but a commitment to safety also means expecting the unexpected so leak detection is another important feature of underground storage tanks sensors can detect even a small leak by comparing the amount of fuel dispensed at the pump with the amount that should remain in the tank in the pipes leading from the tank to the pump line leak detectors use a spring-loaded to test fuel pressure an unexpected change in pressure will trigger an alarm.

Many storage tanks today feature double walls the space between the walls is filled with brine sensors monitor the pressure level of the brine a leak in either the inner wall or the outer wall will cause the pressure level to decrease and an alarm will sound upgraded equipment important technologies and sound practices together they help your neighborhood service station protect our environment .And your peace of mind.via: Spill Prevention