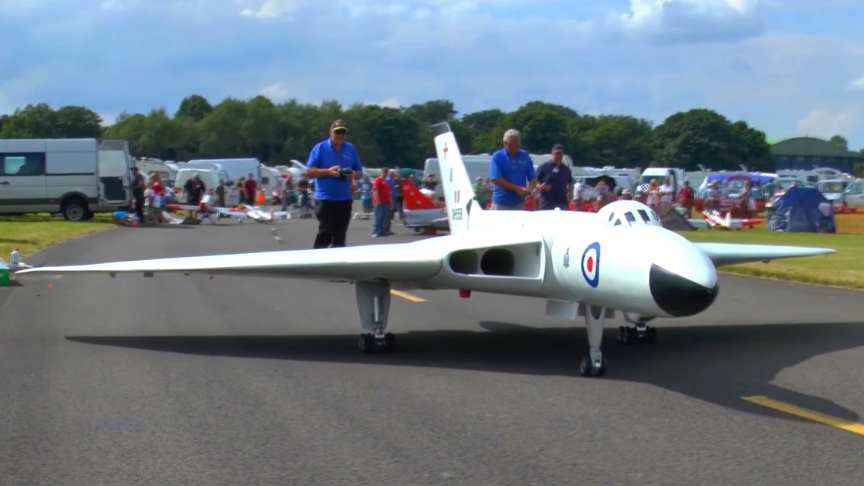 She is powered by four jetsmunt 160 gas turbines which produce 155 ilbs of thrust combined and carries 20 kg of fuel to feed them !She also has around 8 kg of lead ballast onboard to balance her correctly.

The weight of all three undercarriages alone comes to 25 kg,in the 2013 season she logged 40 flights,she is capable of flying up to 120 mph!

It took dave and his team over three years to design and build the model!Filmed at an lma (large model association) run rc model aircraft show at the yorkshire air museum at raf elvington, halifax way,york, yo41 4au on saturday 9-8-2014.