The Alouette III is a single-engine, light utility helicopter developed by French aircraft company Sud Aviation. During its production life, it proved to be a relatively popular rotorcraft; including multiple licensed manufacturers, in excess of 2,000 units were constructed. 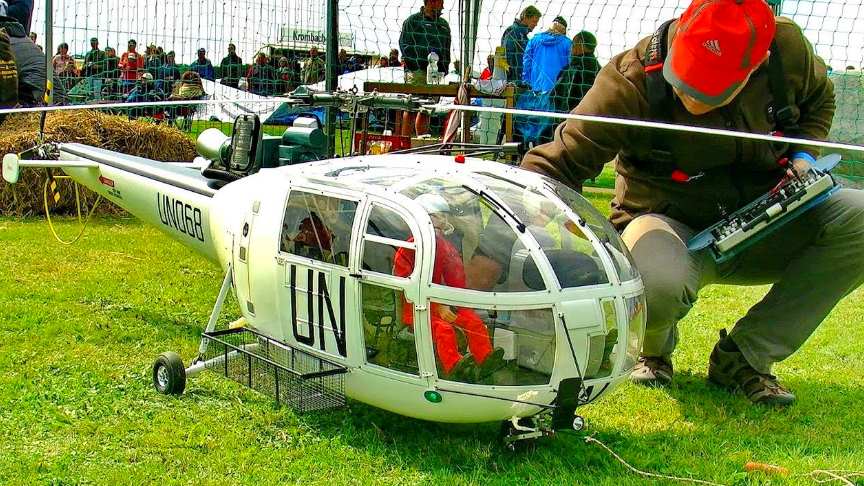 This model is an impressive helicopter, due to its enormous size it is designed for turbine mechanics only. For transport, the entire tail is removable. This Alouette III is painted in UN design.