The Ryan STs were a series of two seat, low-wing monoplane aircraft built in the United States by the Ryan Aeronautical Company. They were used as sport aircraft, as well as trainers by flying schools and the militaries of several countries. 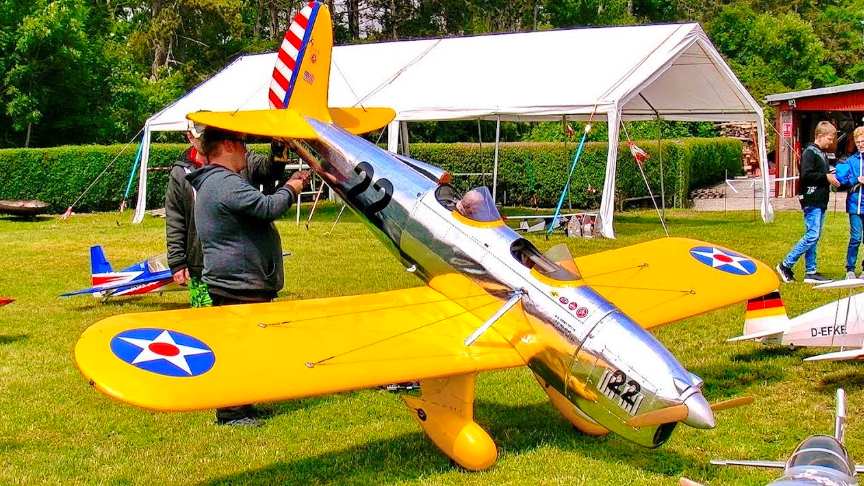 The YPT-16 had a metal fuselage and wooden wing spars with fabric covering and external wire bracing. Originally powered by Menasco L-365 in-line engines, all but one were later reequipped with Kinner R-440 radial engines.

Here we have a giant 1/2 scale RC Ryan YPT-16 Model airplane with a wingspan of 4.30m, the airplane is powered by a 270ccm gasoline engine, the weight of the airplane is 40kg, the builder of this airplane is Franz Kayser and the pilot in this video is Oliver Kayser.

Most civil aircraft in the ST series were delivered in the United States, although a few were exported to South Africa, Australia and various countries in Latin America. An example of the ST-A was procured by the USAAC in 1939 for evaluation as the XPT-16. This was followed by 15 YPT-16s, the first time the USAAC had ordered a monoplane trainer.//wikipedia