The Airbus A380 is a wide-body aircraft manufactured by Airbus. It is the world’s largest passenger airliner. Airbus studies started in 1988 and the project was announced in 1990 to challenge the dominance of the Boeing 747 in the long haul market. 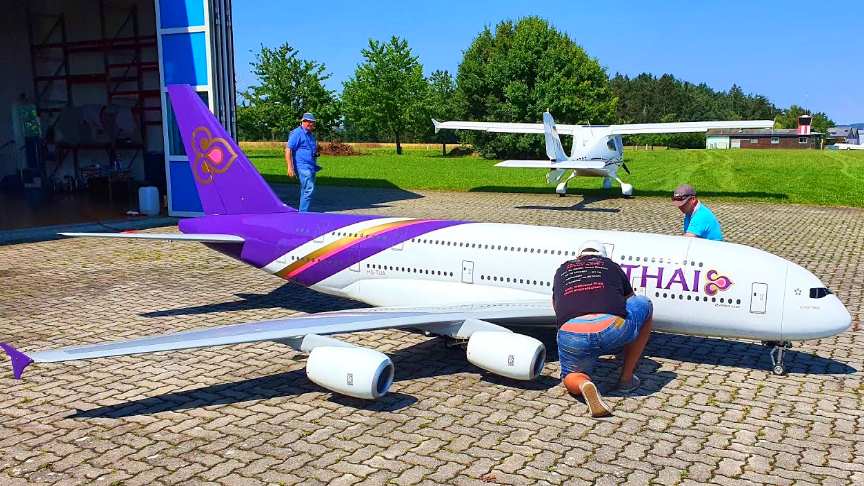 Second flight for the technical acceptance of an A380 from THAI Airways in 1/13 scale. Unfortunately it was not possible to repair the landing gear fault in the short time between the two flights. That’s why the gear stayed extended.///via: RCScaleAirplanes

With a span of 6.13m the airliner is 5.60 m feet long and weighs 226 pounds. The fuel capaticy is 12 liters, stored in CMJETS fuel tanks. The retractable landing gears are Electron with homemade struts and trucks.