The Airbus A400M Atlas is a European four-engine turboprop military transport aircraft, the primary functions of this airplane is transportation role, referred to as a tactical air-lifter. However, if equipped with the right tools and resources, they are also capable of providing medical evacuation and aerial refueling. 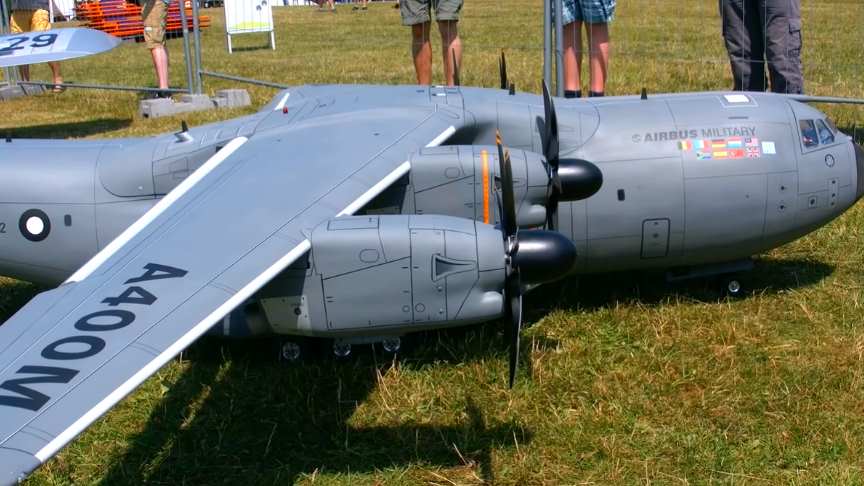 This is an unusual RC aircraft model.It has bigger dimensions than an average radio-controlled aircraft. Size is not its only difference, the constructors also added something else.

Heppe’s model has a 3.78m wingspan and 3.87m lenght,the weigh of the airplane is 38Kg, and uses a 6000mAh six-cell battery pack for each of its four motors. Its maximum flight duration is 7 minutes.