Design for the B-2 began in 1981, when America was still deep in the Cold War. Production began in 1987 and continued through to 1997. The airplane features low observable stealth technology designed for penetrating dense anti-aircraft defenses; it is a flying wing design with a crew of two. 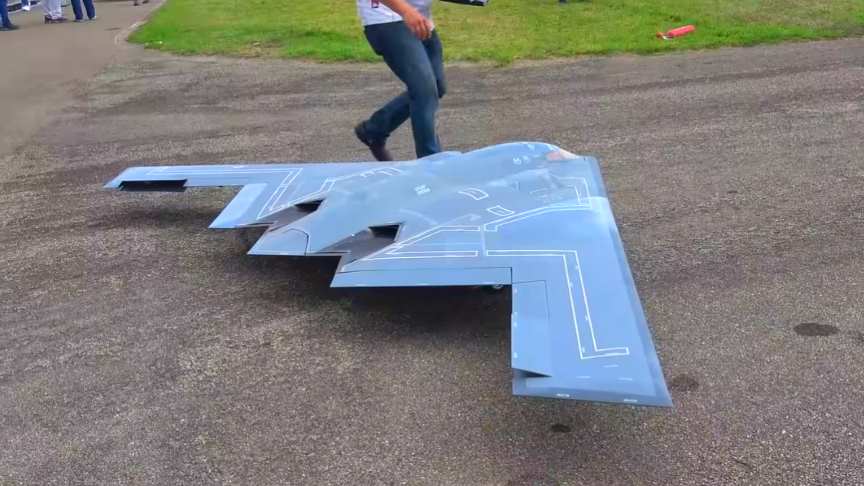 This CARF-Models B2 is the only large scale model in the world flying. It flies easily, predictably, from grass or asphalt, from small or big airfields.This giant RC ARF B-2 Spirit has a 4.35 m wing span and a length 1.65m, but its fin-less stealth shape make it appear small when sitting on the runway.

The center fuselage/wing has the tricycle landing gear, 2x 100 N sized turbine engines and RC components installed.They are installed like in the real aircraft, very low and forward in the fuselage.

A pair of specially designed, dual walled thrust tube connect to the slotted exits above the wings. This RC CARF B-2 Spirit super cool B-2 Spirit that flies like a dream.The aerodynamic yaw stability is achieved by two drag rudder, positioned at the outer wing tips, which split open 25-30 degree during all flight, and just like the full scale