The Albatros – the most widely used jet trainer in the world – is versatile, seeing duty in light-attack missions as well as in basic and advanced pilot training.Developed originally by Aero Vodochody in the 1960s in what is now the Czech Republic. 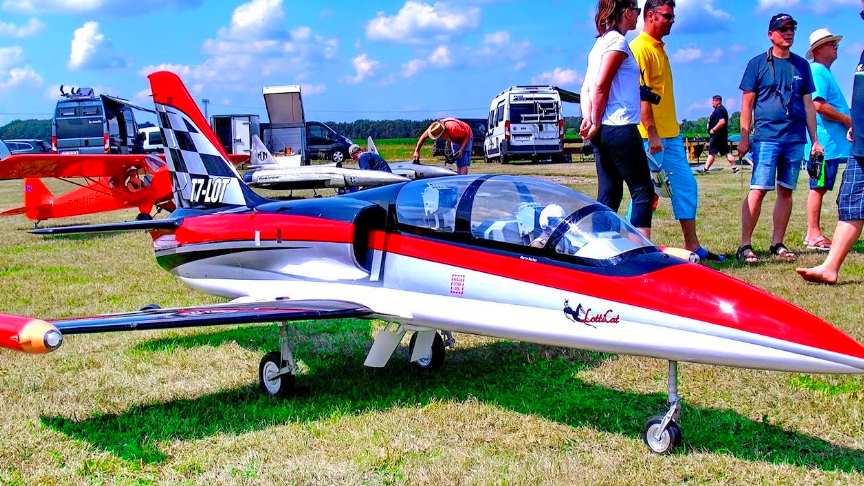 This plane is a turbine jet L-39 Albatross scale model and it’s just about as impressive as the real thing.It has a wingspan of 2.7 meters and is built in 1:4 scale to the actual Albatross jet. The airplane is powered by a Beotec JB 220 turbine engine. The pilot flying this airplane in this video is Marco Becker.

With his fuselage and wings made in sandwich-vacuum technic, he is solid as well as light.Powered by a JetCat turbine engine with app. 8 pounds of thrust, It replicates the full-size Aero L-39 Albatros airplane.

This airplane model displays the perfect compromise between a funjet and a professional competition jet.Coupled with outstanding flight characteristics and beautiful lines this L-39 Albatros is the king of jet model airplanes.