Piloted by Keith Mitchell, this model took 5 years of combined design and construction. This model aircraft was initially designed by Tony Nijhuis and part-built – was extensively rebuilt by Keith’s modelling mate, Peter Johnson. 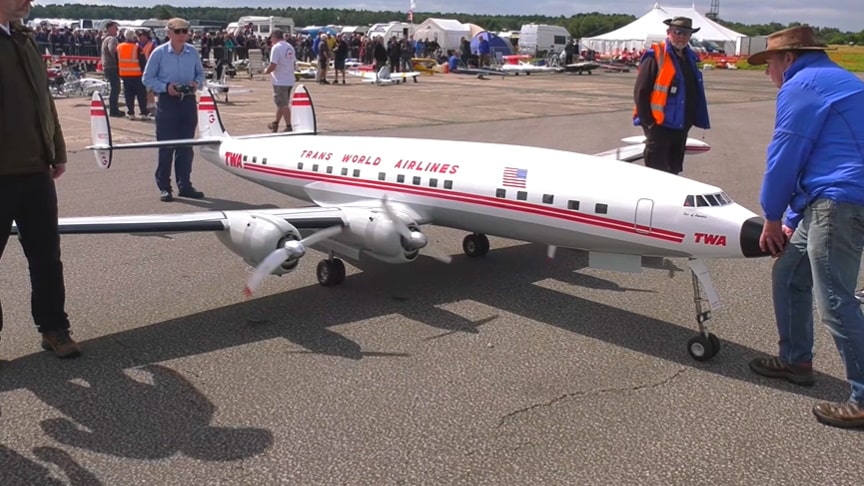 The airplanes wingspan is 21 feet, the length is 19 feet, the giant airplane is powered by four ZDZ 90cc petrol engines equiped with four 28 x 10 Biela Carbon propellers. Watch the video by Essential RC for more info:

Its initial flights were taken under the Large Model Association scheme (approved by the CAA) for model aircraft over 80KG. It underwent 12 test flights for combined flight time of more than 2 hours to get it’s LMA\CAA certificate to fly at public shows.

During this flight at Elvington Keith was battling strong gusty winds. The cross wind landing was extremely skilful and amazing to watch. Judging from his reaction I don’t think Keith enjoyed it so much but the watching crowd were certainly very appreciative that he put on a good show./Essential RC