HIDDEN from public view for over 50 years, in the early 60s, the Golden Sahara was one of America’s most famous cars. Originally built from a car that was wrecked in an accident, the first Golden Sahara was built by George Barris. 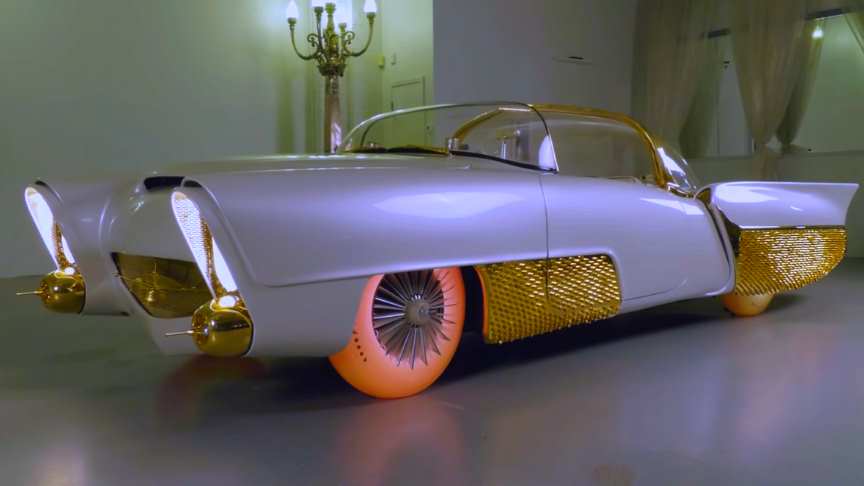 It was the Golden Sahara 2, however, that was brought to public attention and cemented the vehicle as revolutionary. Four different steering options including aircraft-inspired controls; in-built television and tape recorder/player; electronic doors; vibrating massage seat; a hydraulic trunk and light-up neothane tyres made this car truly ahead of its time.

A 24 carat gold trim interior, a white mink carpet and a mini bar in the back seat also goes to show how this vehicle was created to be over the top.

At the height of its fame, having toured all over the USA for over four years, owner Jim Street retired the car into his collection. After Jim passed away, current owner Robert Olson bought the derelict car for a reported $350,000 – and entirely restored it to its former glory.via/read more: Barcroft Cars