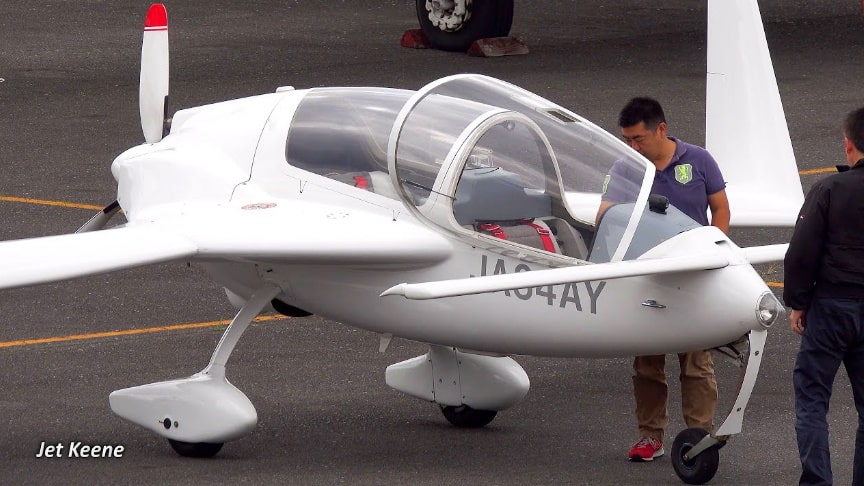 The two-seat tandem cockpit and canopy design were derived from Grob Twin Astir sailplane, and the nosewheel of the tricycle undercarriage is retractable.

Construction throughout is of composite materials, and when the design attained German certification in 1983, it became the first composite canard design to achieve certification anywhere in the world. The Gyroflug is powered by a 1 × Lycoming O-320-D1A air-cooled flat-four piston engine, 120 kW. It has a maximum speed of 295km/h and a rengo of app 1650km.

An interesting feature of the control system is that the twin rudders operate independently, allowing both rudders to be deflected outwards simultaneously, cancelling each other’s yaw, but acting as airbrakes.//wikipedia