Habitat 67 was a 1960s experiment in dense, downtown housing that tried to combine the best of urban and suburban living. Architect Moshe Safdie wanted to integrate the qualities of a suburban home- the access to nature and views- into a high-rise. 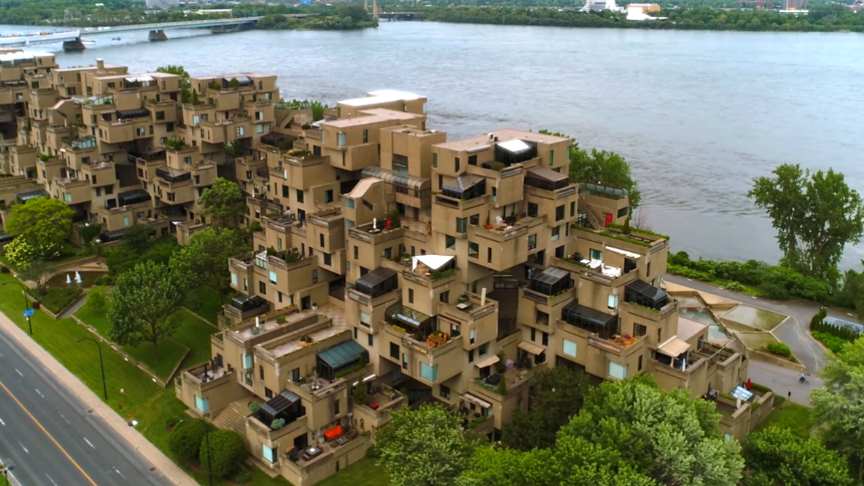 Built for the 1967 World’s Fair, Habitat 67 was also a prototype of an affordable “3D modular building system” that he hoped would “reinvent the apartment building”.

“Habitat 67 comprises 354 identical, prefabricated concrete forms arranged in various combinations, reaching up to 12 stories in height. Together these units create 146 residences of varying sizes and configurations, each formed from one to eight linked concrete units.

The complex originally contained 158 apartments, but several apartments have since been joined to create larger units, reducing the total number. Each unit is connected to at least one private terrace, which can range from approximately 20 to 90 square metres (225 to 1,000 sq ft) in size.” – Wikipedia