The most surprising of the two concepts unveiled at CES is this all-electric mountain bike. It looks like a cross between a fatbike and a moped, with motorcycle styling. It is rare you’ll see Harleys off-road, so this concept is quite the reach for the company. 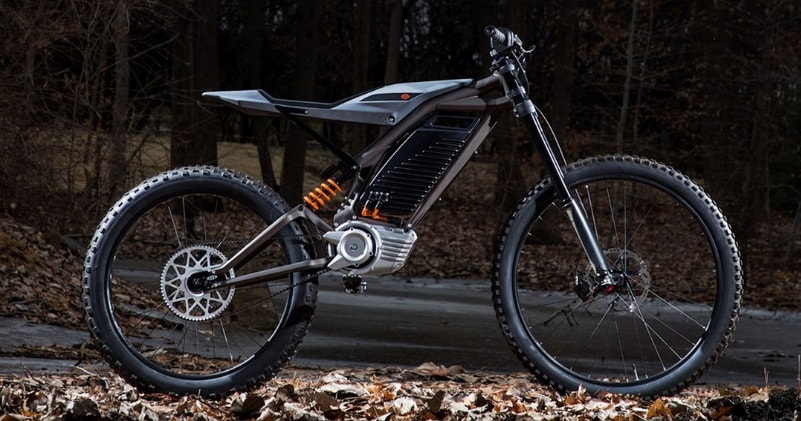 The Mountain Bike Has knobby tires and an inverted fork suspension presumably designed for trail riding. With a motorcycle-style soft tail and sleek profile, it looks more like a crotch rocket than any existing Harley, though the gray, black and orange color scheme is definitely on-brand. 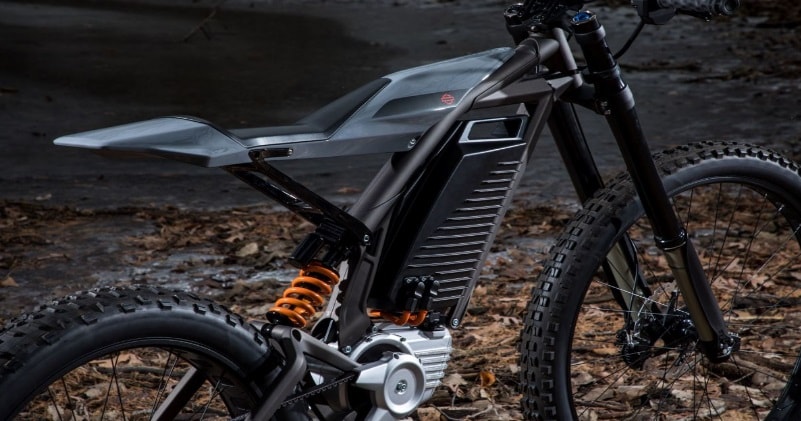 The combination of parts and technology is borrowed from both the motorcycle and bicycle worlds, with a belt drive, electric motor, and premium suspension working in concert with the lightweight frame, slim form factor, and (robust) wheels of a mountain bike.

They have eliminated the clutch and gears, and instead introduced a “twist and go” throttle operation.The bike is powered by compact electric batteries that can be removed and “single-hand-carried” to the place the rider intends to charge it – which is done using a charging dock that plugs into any standard household power outlet.

No performance specs were available, but Harley-Davidson says that neither would require a motorcycle license to operate. Both would also have a removable battery, meaning you conceivably swap out a dead pack with a charged one on the fly.