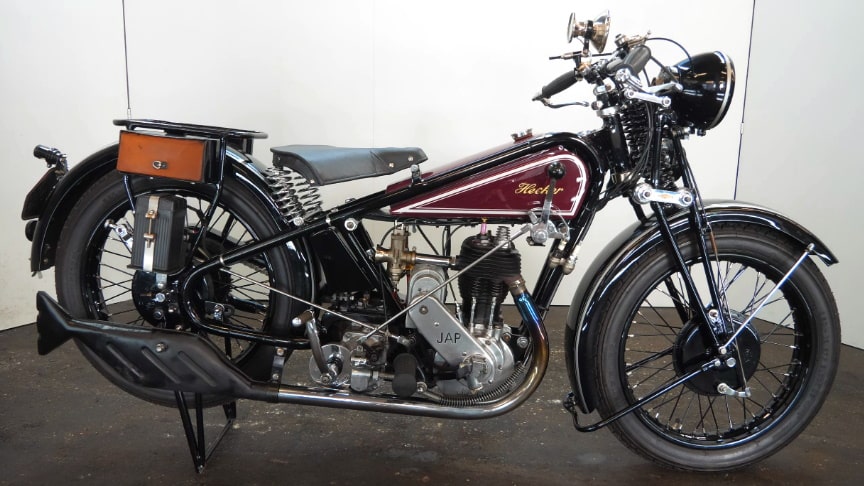 From 1925, JAP and MAG engines with 173 to 548ccm were used. Hecker was a typical motorcycle builder who mostly made the chassis, all other components were bought in, whereby the Hecker motorcycles were of very good quality. 2 and 4 stroke models from 198cc – 756cc with 1- and 2-cylinder engines from JAP and MAG has been fitted.

From about 1928, Hecker’s business policy changed and the company mainly produced touring bikes. From 1931 Hecker only built light motorcycles with Sachs two-stroke engines of 73cc and 98cc.

This Hecker was restored in 2013. The restoration was documented with a full report and pictures. The documentation consists of 390 files including user manuals and the history of previous owners. There are also pictures of the bike before the restoration and a picture of the first owner sitting on the machine. All records are completed with a scan of the original letter. We have rarely seen such extensive documentation.