With a newly designed composite cabin, a more reliable engine and a new electronic safety control system, the Cicaré SVH-4 repositions its sell for a safer and more entertaining helicopter instruction. 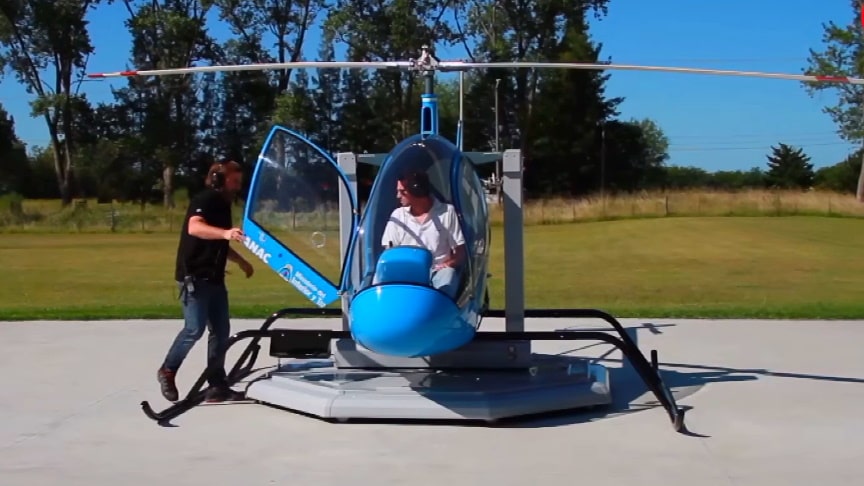 Like its successful previous model the SVH-3 its a conventional helicopter design attached to a unique mobile ground platform which allows full and safe use of all flight controls including lift off to a normal hover at 3 ft AGL and hover taxing.

The Training System is formed by a platform that has eight self-directional wheels which allow it to easily move in all directions.

And an air tank that has pneumatic cylinders which allow the helicopter to rise and descend adjusting the level of difficulty during the learning./CICARÉ