Personal flight is one of humanity’s most enduring aspirations, but has historically only been available to a privileged few with the money, time and skill to fly traditional aircraft. We’re making the joy and utility of personal, vertical flight accessible to everyone.WE BELIEVE IN A FUTURE WHERE EVERYONE CAN FLY and that future is starting right now. You may not believe it yet – but you will. 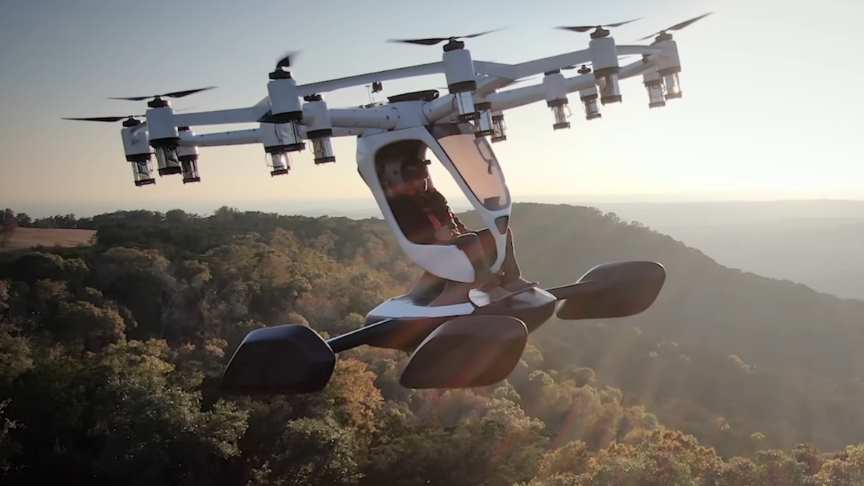 The Hexa from Austin, Texas based company Lift Aircraft has a motor strut assembly resembling a web of six inward-pointing sectors with twelve outer and six inner electrically-powered propellers – for a total of 18 propellers, this allows the aircraft to be controlled simply by varying individual motor speed.

The vehicle can fly with up to six motors disabled but is also equipped with an autonomous ballistic parachute.The flight computer keeps the aircraft stabilized, and the pilot provides control inputs using a joystick.

The Hexa aircraft is constructed of a carbon fiber frame with eighteen independently running electric motors and propellers that help to create a perfectly controlled and stable flight experience. The frame is light – only weighing about 435 lbs total without the pilot, hexa has a range of 10-15 minutes of flight time.