Codename Amerikabomber was more than just a top secret nazi aircraft, but infact the first stage in a plan to assult and conqure the united states of america. The inital strategy was to harrasle the population centers of the east coast, diverting US resources to home defence, and distilling the appitite for war of the american public. 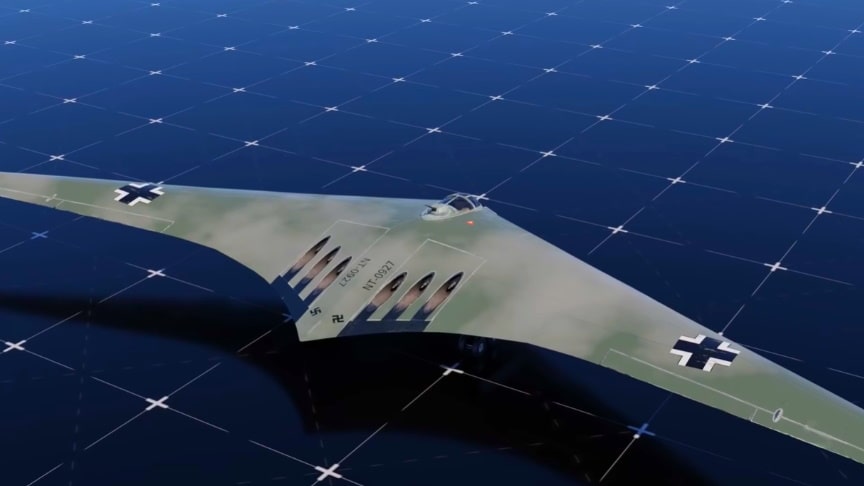 The plan also included a list of 21 targets, mostly aircraft manfactores in the eastern seaboard, in an effort to ground the American airforce. The H.XVIII was one of many proposed designs for an Amerikabomber, and would have carried sufficient fuel for transatlantic flights.

The XVIIIA variant, with its wood structure, buried engines in the fuselage, flying wing design and carbon-based glue component, would have been, in theory, the first stealth bomber in history.Flying wings had several advantages over previous types of planes. With the entire surface area dedicated to generating lift, the aircraft could be 20-30% more fuel efficent and have a greater range.

Because of its smaller cross section, the flying wing would also have a smaller radar profile, making it a world first stealth bomber. But it isn’t without flaws, such as handling issues and requiring new types of engineering. The combination of speed and reduced radar detection range would have made the Horten Amerika bomber very difficult to intercept./Found And Explained