Tidal power or tidal energy is a form of hydropower that converts the energy obtained from tides into useful forms of power, mainly electricity.Although not yet widely used, tidal energy has potential for future electricity generation. Tides are more predictable than the wind and the sun.//wikipedia 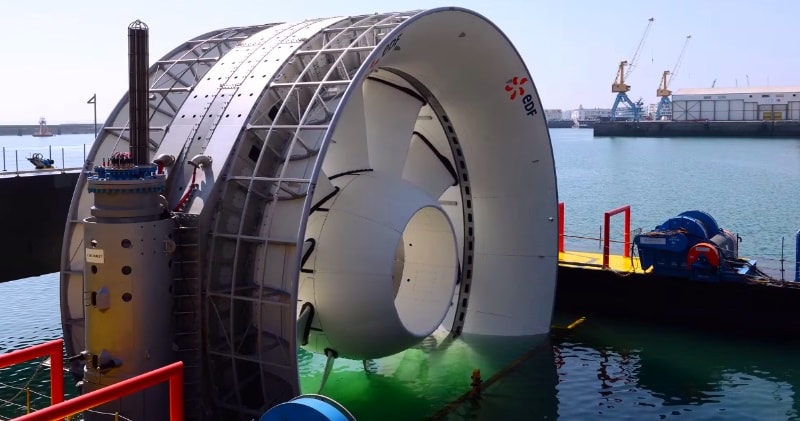 The principle adopted for a tidal turbine is similar to that used for a run-of-water hydro plant, except in this case it is the marine current that drives the tidal turbines. They can therefore work on both the flood and ebb tides.The potential capacity for tidal turbines is estimated at between 2,000 and 3,000 MW in France.

The rotation of the turbines installed in the sea drives an alternator that generates a variable electric current (dependent on the sea currents), which is transformed in a converter before being transmitted onshore and fed into the power grid. The power, expressed in kilowatts (kW), of a tidal turbine also depends on the diameter of its turbine, or its blades, and the speed of the marine current./read more: edf