The Tyrrell P34 , commonly known as the “six-wheeler” is one of the most iconic car designs in Formula One history. e car used four specially manufactured 10-inch diameter wheels and tyres at the front, with two ordinary-sized wheels at the back. 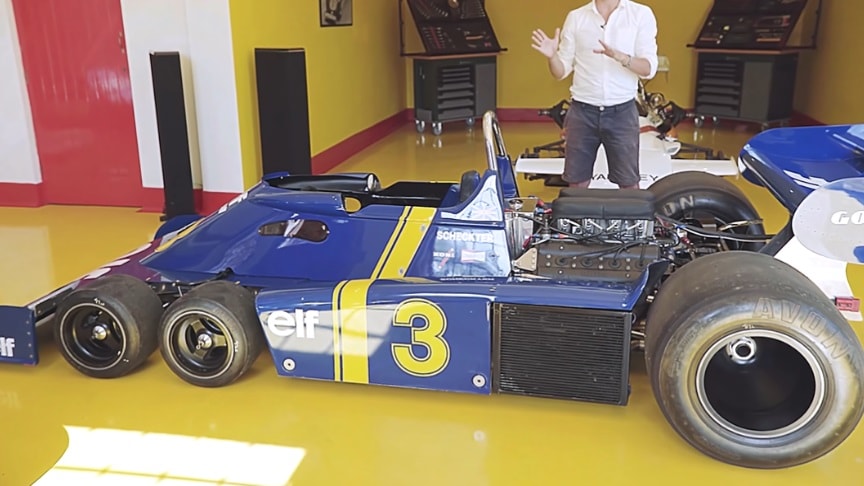 There are many iconic F1 cars from down the years but not many can match the quirkiness of the Tyrrell P34, the only car to have raced and won in F1 with more than four wheels! Mike takes us through what makes this six-wheeled F1 car so special and how it works. Watch the video from DRIVETRIBE for more info:

The P34’s basic concept was to use a tyre that would be small enough to fit entirely behind the wing. This would have two effects; one would be to lower overall drag and thus improve speed on straights and the other was to clean up overall aerodynamics so the rear wing would receive cleaner airflow.

Adding more wheels also had the advantage of offering more total brake area. The downside was increased complexity of the steering system and a physically larger suspension system. The steering complexity was solved by connecting only the front pair of wheels to the steering wheel and connecting the rear set to the front with a bell crank.