The Beechcraft Starship is a twin-turboprop six- to eight-passenger pressurized business aircraft produced by Beech Aircraft Corporation.In addition to its unique appearance, the Starship boasted several technological advancements, including an all-graphite composite frame. 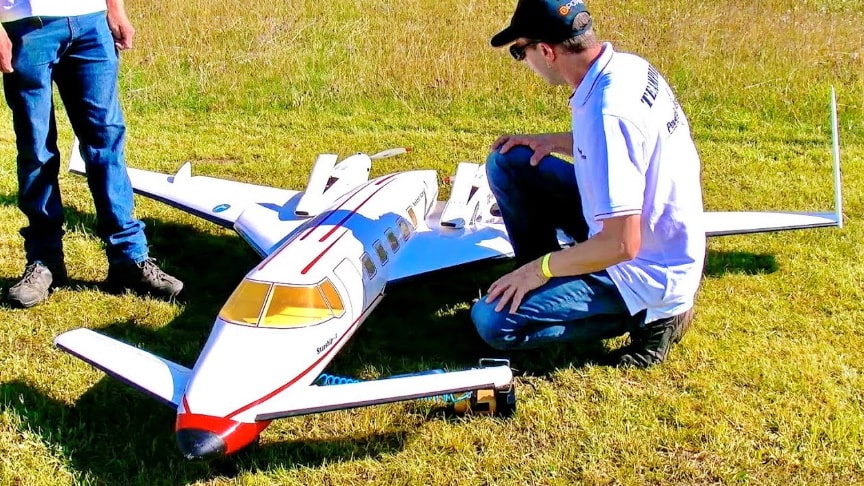 A canard configuration with pitch control surfaces ahead of the wing; yaw control provided by small fins on the wingtips, which eliminated the need for a rudder; and a glass cockpit.The leading design had its engines mounted in the rear to reduce cabin noise.

In this video we have a giant RC scale RC Douglas Beechcraft Starship 1 with a wingspan of 3m and a length of 2.00m, the weight of the airplane is 10kg.The airplane is powered by two electric motors.

In this video you will se the RC airplane flying through the air at has speed and looks very realistic.The plane is extremly light weight with extremly easy flying characteristics.Authentic scale touches include molded-in surface details.