The Lockheed Constellation (“Connie”) is a propeller-driven, four-engine airliner built by Lockheed Corporation between 1943 and 1958 at Burbank, California. 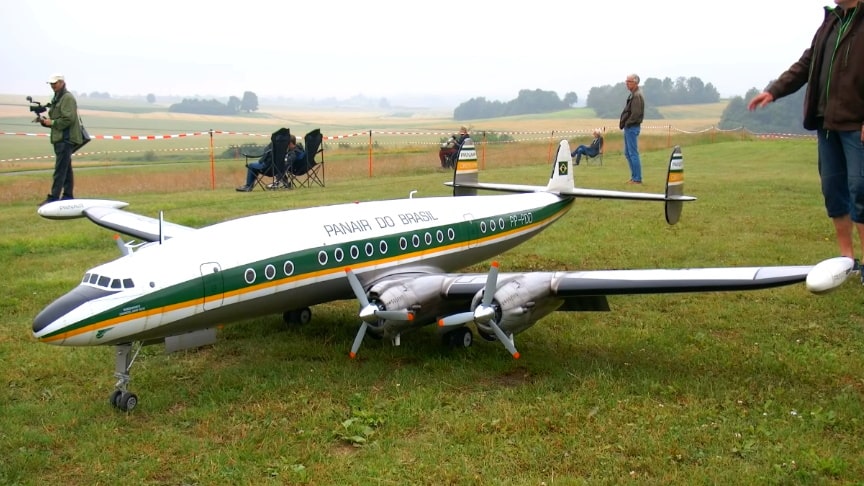 Owned and built by Ewald Ziss, this model took 2 years of combined design and construction.This is the perfect ready to fly RC plane and is built with a great attention to the detail of its appearance and performance.

The airplanes wingspan is 3.80 m, the length is 3.60 m, the giant airplane is powered by four 4x Laser gasoline engines equiped with 3-blade 14×7 Carbon propellers. This video is filmed at RC Airlinermeeting in Oppingen Au Germany in Juli 2021.

Many RC pilots build and fly these large scale RC airplanes just because it’s awesome to fly a huge airplane! The real Constellation was used as a civil airliner and as a military and civilian air transport.RC MEDIA WORLD