From tip-to-tail the Bell 429 body kit displays an accuracy of detail to the real aircraft not normally seen in the RC helicopter hobby.This helicopter is equiped with a full scale detail cockpit with dashboard, joysticks, rudder pedals, aerials, windshield wipers and more. Full rear cabin interiors are included. 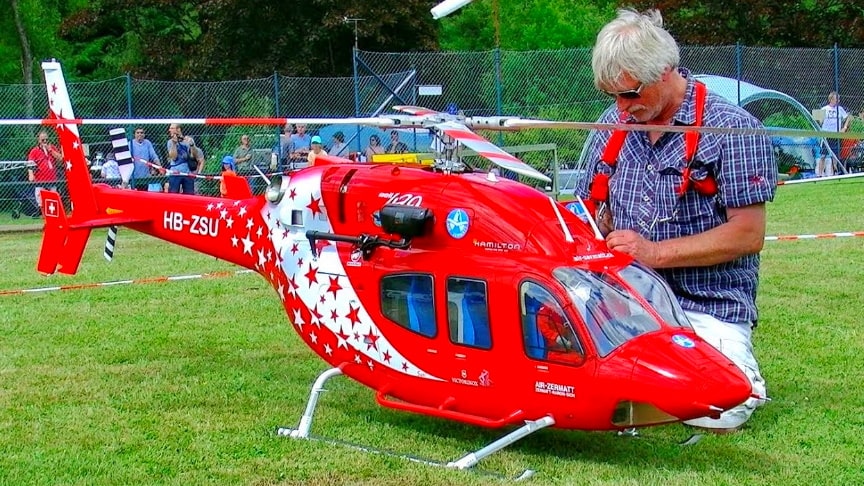 This RC Bell 429 has a rotor diameter of 2.5m with a weight of a 24.9kg. The helicopter is powered by a Jakadofsky Pro 6000 turbine engine.That unmistakable sound of the turbine engine makes the helis sound as real as they look. Occasionally, during startup, you will even see flames coming out of the scale exhaust ducts. The pilot of the helicopter is Hans Peter Anstutz.

The scale helicopter houses the cockpit in precisely the right location and the mechanics are built into the engine compartment just like in the full scale version. The B429 really impresses with the highly detailed and accurately scaled down profile.

The Bell 429 GlobalRanger is a light, twin-engine helicopter developed by Bell Helicopter and Korea Aerospace Industries, based on the Bell 427.This scale Bell-429 body is based on that famous helicopter and, combined with the SR flight characteristics, is a great combination of scale and performance.RC MEDIA WORLD