A hybrid-propellant rocket is a rocket with a rocket motor that uses rocket propellants in two different phases: one solid and the other either gas or liquid. The hybrid rocket concept can be traced back to at least the 1930s. 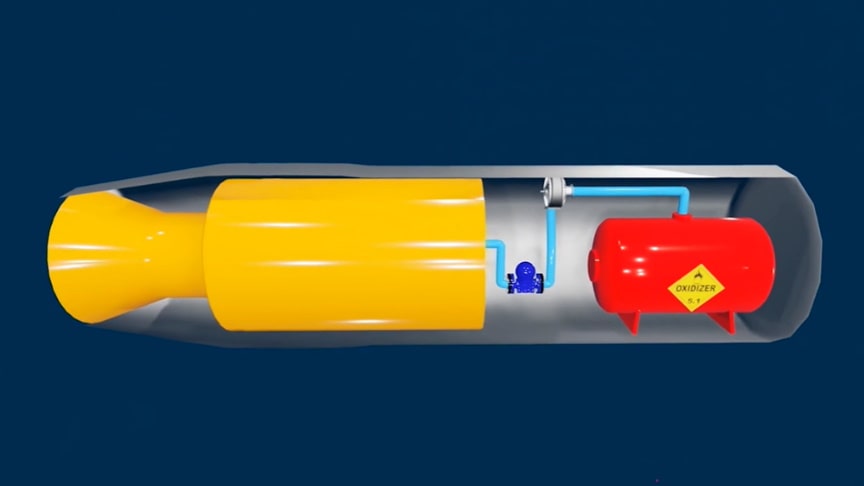 Generally, the liquid propellant is the oxidizer and the solid propellant is the fuel because solid oxidizers are extremely dangerous and lower performing than liquid oxidizers. Furthermore, using a solid fuel such as Hydroxyl-terminated polybutadiene (HTPB) or paraffin wax allows for the incorporation of high-energy fuel additives such as aluminium, lithium, or metal hydrides./wikipedia