Until today, to talk about supersonic commercial flights is to talk about the Concorde, the unique supersonic civil airplane that transported during a few decades, passengers between international airports all around the World.The “Hyper Sting” concept has the objective to become, in some ways, different to other future concepts, due to incorporation of innovative solutions. 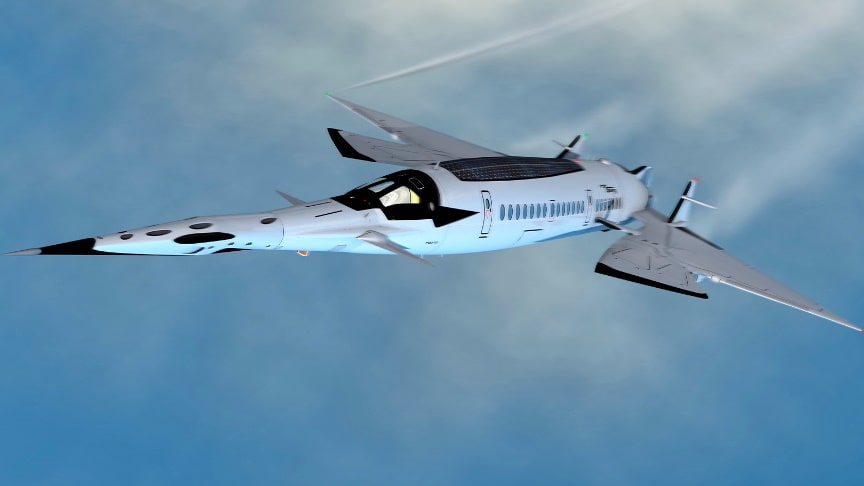 A new era of supersonic flight might be just around the corner, but there are challenges to overcome when it comes to flying faster than the speed.of sound, the “Hyper Sting” (alias -the Peregrine Falcon-) is a new concept about of future supersonic commercial airplanes.

Like, a new fuselage geometry (central body) with active variable geometry wings, a new concept system to reduce the sonic boom, a new system to create energy for the airplane, a new concept of engines, a new aerodynamic devices,capable to generate for itself energy and also a new guidance system.

Powered by four hybrid turbojet (next gen of hydrogen/electric airplane engines) with “afterburners” (only used only to pass through the upper transonic regime to supersonic speeds up to Mach 1.5) and a ramjet system incorporated inside of each of those engines with a front diffusers that could compress the intake air, changing its angle of incidence, those could begin to run at Mach 1.5, wouldn’t be the optimal speed with the current ramjet engines.